I’ve read some heavy-duty attacks on Israel and Jews in my time, but they pale beside the anti-Semitic diatribe recently offered by Roger Waters, co-founder and former front man of the legendary British rock band Pink Floyd. In an interview with CounterPunch online magazine, Waters experienced a shocking Jew-hating colonic.

According to Waters, Israel is a “racist apartheid regime” that practices “ethnic cleansing.” A great artist such as himself will not play in a country equivalent to “Vichy government in occupied France.” Likening Jews to Nazi collaborators was not enough. Waters then went further, comparing Israel to the Nazis themselves. “I would not have played in Berlin either … during the Second World War.” Waters believes that Israel is guilty of genocide, only “this time it’s the Palestinian people being murdered.”

Waters was on a roll. Israel is a “brutal and oppressive regime.” And the rabbis, oh, those murderous, racist rabbis. “The right-wing rabbinate is so bizarre. They believe that everybody that is not a Jew is only on Earth to serve them and the indigenous people of the region that they kicked off the land in 1948 … since they are subhuman. The parallels with what went on in the ’30s in Germany are so crushingly obvious.”

The Jews are dumping a “huge bucket of crap that they are pouring into the mouth of a gullible public, in my view, when they say, ‘We are afraid of Iran; it is going to get nuclear weapons.’ … It’s a diversionary tactic.”

I could go on quoting Waters’ interview, but I’m getting nauseated just writing this stuff. Suffice it to say that he claims he was offered “$10 million” by a Jewish promoter to play in Israel but retorted, “Are you f—ing deaf or just dumb?! I am part of the BDS movement; I’m not going anywhere in Israel, for any money.” He then tried to dissuade Cyndi Lauper from playing in Israel.

Given this interview, I would assume that not too many Israelis will lament losing the chance to see a Pink Floyd reunion in Israel, and maybe we should just leave it at that. But even loathsome, stomach-turning anti-Semitism deserves a response in case gullible fans might actually believe this twisted twaddle.

Mr. Waters, the Nazis were a genocidal regime that murdered 6 million Jews. That you would have the audacity to compare Jews to monsters who murdered them shows you have no decency, you have no heart, you have no soul. The Jews of Germany did nothing to invite the aggression against them. Indeed, they were loyal citizens of a country that many of them had fought for courageously just 20 years earlier in the First World War. They did not blow up buses for political purposes. They did not send terrorists into schools to murder children. They did not preach that killing German children would get them virgins in heaven. They lived lives of humanity and decency and were murdered for no other reason than the fact that they were Jews.

You have disgraced yourself by comparing the martyred 6 million, which included 1-and-a-half-million children who were gassed to death in cold blood, to Palestinian terror organizations like Hamas, whose stated intention it is to wipe Israel off the map.

The Palestinians were given endless opportunities to live with Israel in peace, including the 1936-37 Peel Commission, which partitioned the land into two states, and the U.N. partition plan of 1947, both of which gave the Arabs far more land than the Jews. The Jews accepted the offer, and the Arabs rejected it and instead dedicated themselves to Israel’s destruction. If you don’t believe me, Mr. Waters, then surely even a bigoted ignoramus like you is capable of accessing Wikipedia.

After the Arabs launched another war of annihilation against Israel in 1967, the Jews miraculously defeated four invading Arab armies and conquered huge tracts of land. Rather than practicing any kind of ethnic cleansing, Israel gave back the entire Sinai Peninsula—an area three times the size of Israel—to Egypt in exchange for a peace treaty and announced that it would leave the Arabs and the Muslim Waqf in charge of the holiest site in all of Judaism, the Temple Mount. This act of accommodation has no precedent in the history of the world.

Still, Arafat’s PLO, with its declared intention of armed struggle and destroying the Zionist presence, launched terrorist outrages like the 1970 Avivim school bus massacre and the 1974 Ma’alot school massacre. Despite this, Israel never relinquished its hope that Arab leaders who were sincere about peace might arise.

In 2005, Israel voluntarily withdrew from all of Gaza. Its reward? Hamas, with its genocidal charter against Israel, was voted into power and almost immediately began launching thousands of rockets into Israel, targeting homes, schools and buses filled with children.

Muslims have every right to expect that Jews in general, and rabbis in particular, similarly condemn any acts of violence intentionally directed at any Arab civilian. We are all equally children of one God.

But Hamas is motivated not by Palestinian freedom but by hatred of Jews. Hamas’ charter continues to call for genocide against Israel and the Jewish people: “The Day of Judgment will not come until Muslims fight the Jews, when the Jew will hide behind stones and trees. The stones and trees will say, ‘O Muslims … there is a Jew behind me, come and kill him.’”

When Hamas came to power in 2006, they channeled the billions they received as the world’s largest per capita recipients of international foreign aid into rockets rather than hospitals, bombs rather than universities. And they intentionally launch their rockets from nurseries and schools rendering the innocent Palestinian population into human shields, not surprising for an organization that regularly murders Palestinian homosexuals under the false accusation of collaboration and engages in honor killings of young Palestinian women whose only crime is to have a boyfriend.

Roger Waters’ balderdash about rabbis believing that non-Jews are subhumans is the dirtiest of blood libels and contradicts the core teachings of the Torah, which states in its very first chapter, Genesis 1, that every human being is created equally in the image of God.

And surely, even someone with as rancid a heart as Mr. Waters is familiar with what Christians call Jesus’ golden rule but which is actually found much earlier, in the Hebrew Bible, the commandment to “love your fellow man as yourself” (Leviticus 19.17), which Hillel, in the Talmud, interpreted to mean, “That which you hate do not do unto others.”

Perhaps Mr. Waters should take Hillel’s advice. Stop maligning a people who have paid a terrible price for the kind of abominable lies that people like Roger Waters unjustly hurl.

Shmuley Boteach, “America’s Rabbi,” whom The Washington Post calls ‘the most famous Rabbi in America’, is the international best-selling author of 29 books and has recently published The Fed-up Man of Faith: Challenging God in the Face of Tragedy and Suffering. Follow him on Twitter @RabbiShmuley. 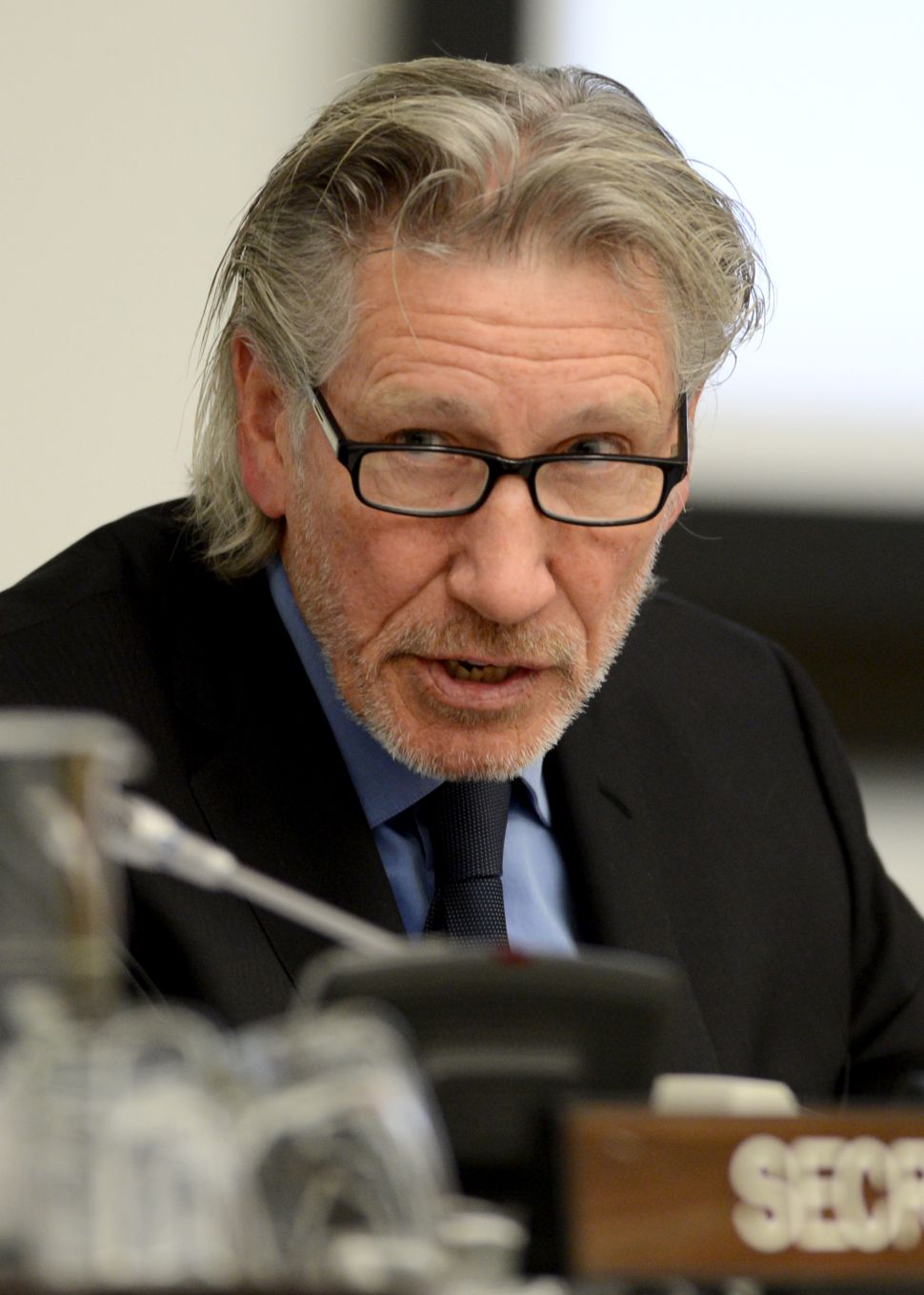