Toilets have been toileting for hundreds of years without the slightest bit of disruption, minus the phasing out of the bidet. As such, the elimination industry is ripe for an app or gadget to make it more ergonomically friendly.

Some startups, like the folks behind the Squatty Potty and this odd girls-only pee funnel, have attempted to chip away at the porcelain throne, but none have caused a large scale shift. But now, there’s a new sheriff in Shitsville: the Wellbeing Toilet, which won a contest for potty design in the U.K. Could this be the thing that changes bowel movements forever?

Let’s review the facts: the toilet is “a hybrid,” rather than “a true squat toilet,” Fast Co. Exist reports:

“… you step up on the toilet, and as you bring your legs up, you lean into the correct angle. It’s similar to hybrids such as the Anglo-Indian toilet still used in India (and inside ancient Russian trains), which allow for both sitting and squatting, depending on preference.”

Mmkay. It also analyzes your pee, so it can tell you if you need to be checked for diabetes or kidney disease, nutritional defects or (shudder) pregnancy. Is this the apparatus that will take a dump on Big Toilet once and for all? Guess we’ll have to sit tight on that. 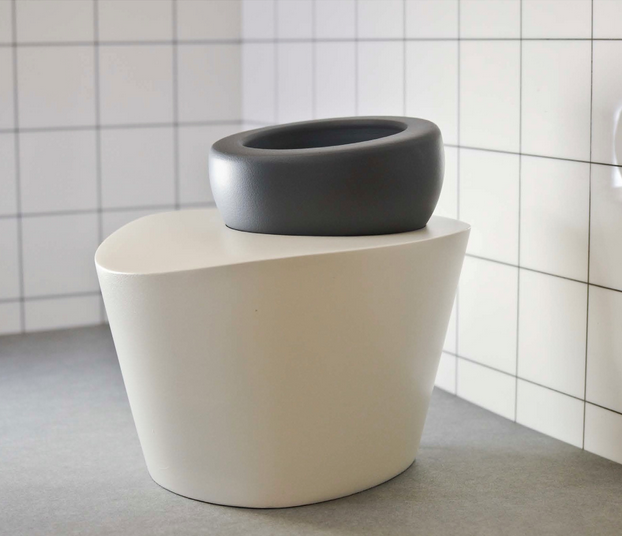