Having reached out to chairs to gauge his chances in a 2014 match-up with incumbent U.S. Sen. Cory Booker, Jon Bramnick of Westfield stands poised to make a final decision about a run next year.

On the other side of the state, in mountain man country, a very different Republican politician also considers the terrain: Mike Doherty.

And in Morris County, Jay Webber similarly racks his brain about the U.S. Senate.

Each man stands in the other’s way, for different reasons, though none will talk about it right now.

A moderate Republican who does not have an attack dog style, and unnerves movement conservatives with his relative absence of ideology, Bramnick gives the sense that he’s a lover more than a fighter, and a guy who wants to find consensus more than identify another man’s weakness so that he can drive a dagger into an exposed wound.

Regularly voted the funniest man in the Legislature on the strength of his stand-up comedy acts, the Assembly minority leader has a superb reputation for working across the aisle with Democrats.

He also has built relationships statewide as a dogged legislative leader.

But his critics fear they see someone who somewhat resembles the man he would run against: Booker, another jokes-cracking nice guy who would sooner tweet about world peace than wake up in the morning seeking a bruising encounter with a rival. They fear that the attorney with a thriving practice in downtown Scotch Plains would not be able to supply adequate contrast to Booker and would ultimately fall prey to an exercise in brotherly love on his way to losing.

Especially on the heels of this year’s aggressive effort by former Bogota Mayor Steve Lonegan, they crave someone who would be more willing to get lurid on the campaign trail. Lonegan went negative, stayed negative, badgering and attempting to buffalo his opponent up until Election Day, when he ultimately lost by 11 points.

“It’s going to be hard,” acknowledged Monmouth County GOP Chairman John Bennett. “A U.S. Senator is not likely to stumble and fall in 12 months. He [Booker] was weaker running as the Newark mayor than as a U.S. Senator. Someone was getting killed every week in the city when he was mayor.”

While Bramnick considers his future, so does Doherty, the state senator from the 23rd District, the most conservative member of the state Senate, and a close ally of Lonegan’s. The pair ran on the same team in 2009 when the latter ran in the GOP Primary against Gov. Chris Christie.

While Bramnick serves as one of Christie’s most trusted lieutenants in the state Legislature, Doherty occupies off-the-reservation status.

A few years ago, he almost got in a Senate chamber brawl with state Sen. Ray Lesniak (D-20).

They can’t get around each other right now.

And even before Doherty considers Bramnick he has to worry about Webber, a fellow conservative in the lower chamber.

A 26th District Assemblyman, Webber has probed party players regarding next year.

Just like Doherty, he doesn’t want to be someone’s movement conservative doppelganger in a GOP Primary with someone like Bramnick in the race ready to capitalize on Rand Paul cannibalism.

“Bramnick or Jay?” Sette wondered. “I could support either one. They’d be putting me in a predicament. That’s the problem with the Republican Party, we always kill each other.”

Sources say that despite all the hand-wringing about his nice-guy style, Bramnick, schooled on the streets of Plainfield, would match up well against Booker and would have no trouble using humor and trial lawyer tactics to wound his Democratic Party adversary.

But the same sources say he doesn’t want to have to drain resources and create intra-party anguish in a war with Doherty or Webber.

For their part, Doherty and Webber don’t want to have to fight not only each other and Bramnick on top of it, but Christie and the GOP establishment even before either man gets a chance to sink his fangs into Booker.

No one man wants to get overly bloody before he gets in the ring with the Democrat.

And then there’s the general election itself, where people expect Republicans not named Chris Christie to fulfill the designated function of statewide GOP roadkill.

“Any Republican who gets into that race expecting to win is a fool,” Carroll said. “Mike is great, but he has the same problem I have: he can’t raise money. He doesn’t raise money. And anyway it doesn’t matter. The only way a Republican can win is if the Democrat commits suicide.”

Carroll did add that people who dismiss Bramnick as a wisecracker don’t know him.

“You wouldn’t call him a conservative,” Carroll admitted, “but I can think of a lot of things to call Cory Booker and ‘conservative’ is the farthest thing from my mind.”

Bennett said it’s too early to judge the contest.

“They all have something to offer to the party and the state, and I would suspect more names by the time we get to a convention,” the Monmouth chairman said. “Ours is on March 22. The time will go fast. I don’t think we’ve had everybody out there yet. The issue is who would appeal to the broadest spectrum.

“Doherty should not be put in a pigeon hole,” Bennett added. “He has an enviable record in the military. Jon Bramnick is a very talented person. So is Jay Webber.”

To hear the GOP talk about it, Booker’s dominance is daunting, and it may very well be that each of the men in question finds a way to jovially talk himself out of a run.

For all the backroom maneuvering that must occur first, it could come down to too much intra-party anguish, and consequently, not enough willpower.  “I don’t think the front office cares,” one Republican, speaking on condition of anonymity, opined. “They’re too focused on president.”

In the meantime, three men mull. 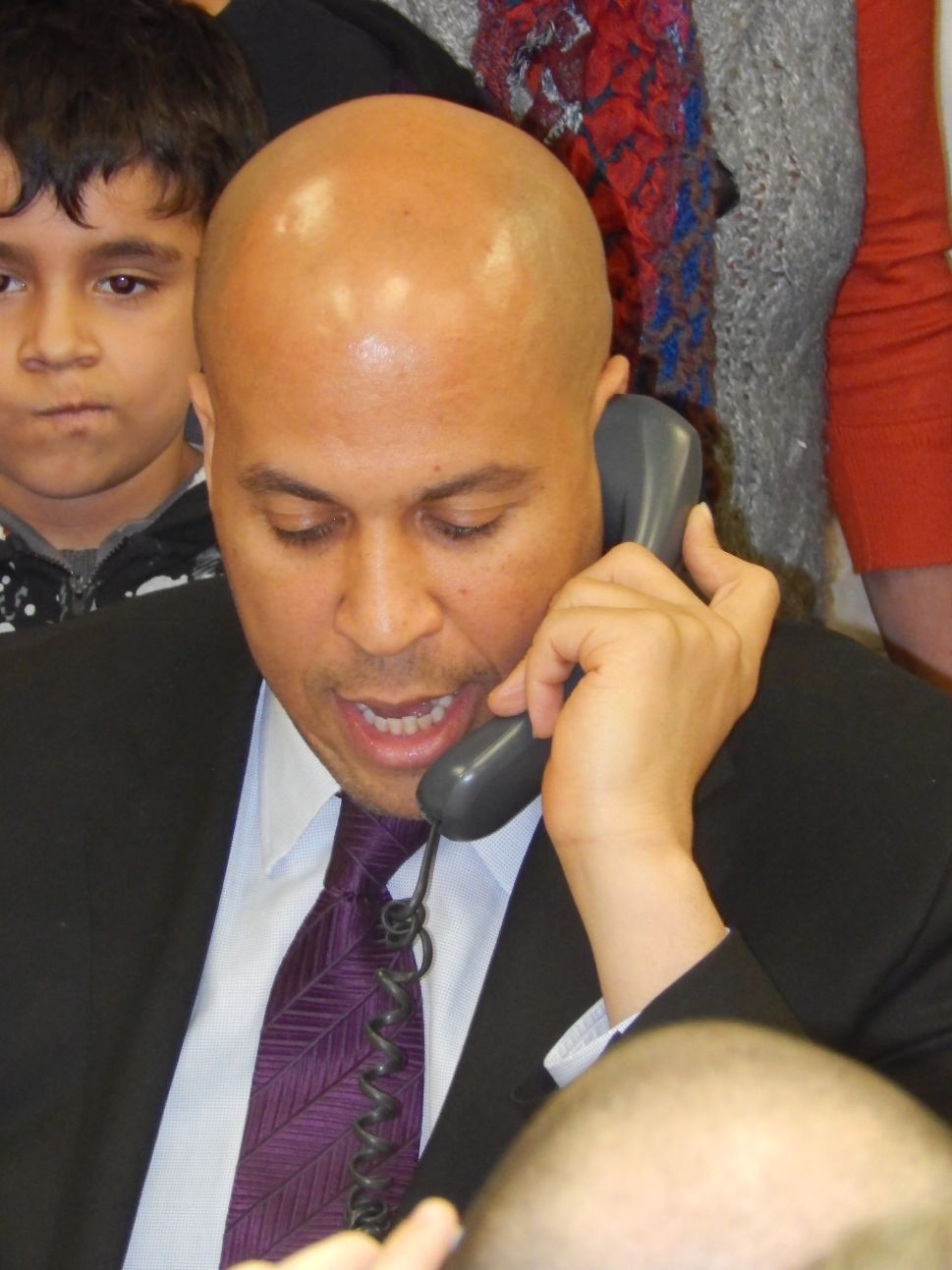