GARFIELD – Two years ago at this time some of the closest confidants of U.S. Rep. Bill Pascrell’s (D-9) looked like they wanted to evaporate into the wallpaper of the Venetian sooner than fall in behind the chariot wheels of the veteran Paterson congressman.

But they did go to war, some of them less reluctantly than others and none more fervently than the candidate, as they all finally reaped the rewards of Pascrell’s stunning victory over U.S. Rep. Steve Rothman (D-9), and in the aftermath gleefully awaited the next would-be political bloodbath, in this case the 2014 Paterson mayor’s contest.

“They’ll all be showing up tonight,” said a source at the Venetian at a sumptuous Pascrell fundraiser, referring to the contenders in next year’s mayoral contest.

“Except one,” another source said, and no one asked him who he meant.

Everyone knew he was talking about incumbent Mayor Jeff Jones, who endorsed Rothman over the homegrown Pascrell, who was supposed to lose to Rothman based on the dimensions of the jammed–together new congressional map.

Jones wouldn’t put in an appearance at the party of his dreaded enemy.

“There aren’t any South Jersey types here,” a guest said with a devilish leer.

“He should run,” Fulop said of Gordon, who needs commitments of between $2 million and $4 million before even beginning to feel comfortable about endeavoring to displace Garrett.

But Gordon’s drama failed to overtake that of the potential Paterson mayoral candidates, two of whom visibly worked the room: Passaic County Freeholder T.J. Best and Council President Andre Sayegh.

An electric personality who ran unsuccessfully for mayor in 2010 and reanimated himself as leader of the council, Sayegh had many friends in the room tonight, several of them close to Pascrell.

The pair met polite reception among the fellow Pascrellites.

However, if Jones intensified the ire of the congressman when he refused to endorse him in 2012 and Best and Sayegh engender as much goodwill as Jones does ill in this crowd, few could announce with confidence their support for any of the declared or hovering candidates for mayor.

“I want Benjie Wimberly to get in the race,” a powerful source told PolitickerNJ.com on condition of anonymity, an oft-expressed point-of-view tonight.

A legendary football coach and recreation director, Wimberly helped drive large numbers out of Paterson in the November general election, which assisted the re-election of the Democratic ticket in Passaic.

He has friends in key corners of county and city power, including Pascrell and Currie, Passaic’s two biggest power brokers.

Two sources at the same event cancelled each other out with conviction.

“He won’t run,” the first source said. “He’s got a family and he can’t give up the income to be mayor.”

The second source said with a knowing look, “He’s going.”

Wimberly was due in to the party.

“Stick around and you’ll see him,” said one of the guests, but if the assemblyman showed it was late.

Others didn’t appear to fret the mayor’s race, or sweat the details of payback.

“They say if you drink enough of these the world becomes tolerable,” one source said with a cocktail jauntily in hand. 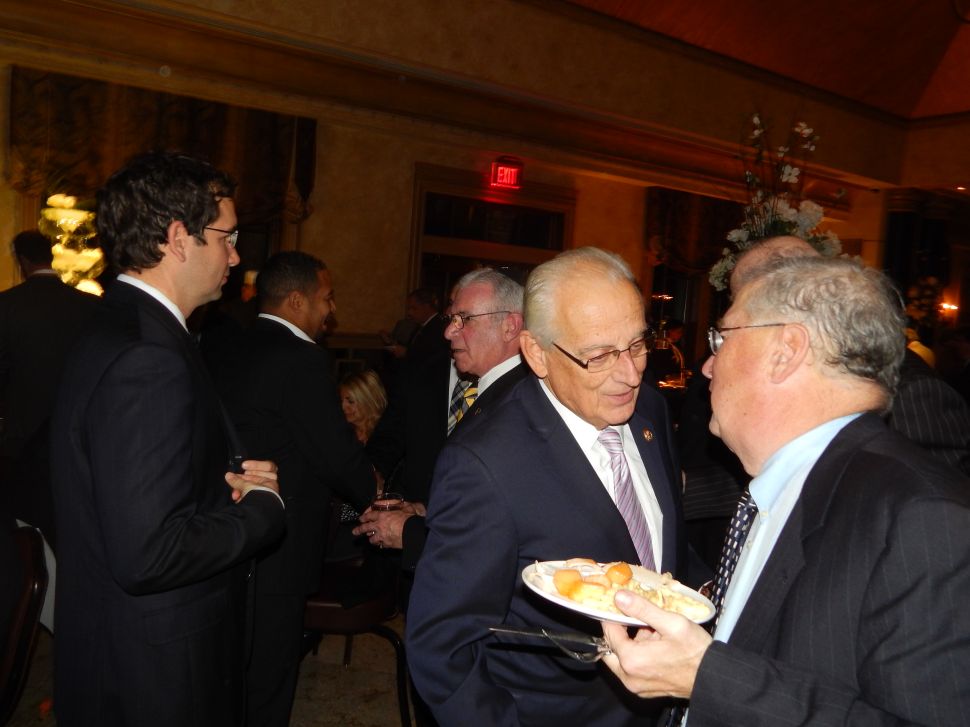