The other entries on this list will soon fade utterly, their names subsumed by financial backers unknown and unnamed, as their presence during this year’s election cycle contributed to the richest in the history of the state with a $129 million price tag.

The Congressman from the 10th District wanted to make a statement in Hillside, where his late father struggled to gain a toehold. Payne went all in early with Garretson.

Gov. Chris Christie’s chief of staff this week became the governor’s nominee for the office of Attorney General.

The mayor of Jersey City welcomed former President Bill Clinton to Liberty House for a fundraiser where Clinton raised over $600,000 for the fledgling statewide political force. The perpetually-BlackBerry fiddling Fulop also got a lesson in human contact from human handshaking machine U.S. Rep. Bill Pascrell (D-9) at Pascrell’s Garfield fundraiser Monday night. It was Pascrell and company, too, who helped finesse the young mayor’s fundraiser with Pascrell’s old pal, Clinton.

No one’s in prison and everyone had a wonderful time as West New York Mayor Felix Roque and WNY renamed School No. 3 after the U.S. Senator. Remember, these were the two guys at each other’s throats in 2012 and Roque was a public man in chains just months ago, but now all of that is forgotten in the name of the children.

The 20th District state senator supported Garretson in the Hillside mayoral runoff, where his candidate defeated a key district Elizabeth Board of Education ally.

The Atlantic County Surrogate was suspended from his duties for two months for violating codes of judicial conduct for driving drunk and engaging in partisan politics, according to court documents. The state’s Supreme Court issued the suspension without pay following a 2011 complaint against the surrogate for engaging in “partisan political campaign activities” and a subsequent drunken driving arrest. Curcio was also ordered to continue to participate in an alcohol treatment program.

The talented Mayor of Hillside, an independent who doesn’t like getting pushed around, went down in defeat this week in a head-to-head matchup with Angela Garretson.

Menza’s loss boomerangs on the Elizabeth Board of Education and its main chieftain, who cultivated close ties to the mayor. After eating loss after loss, it’s looking more and more like the EBOE’s high political watermark was 2011.

The local Democratic Party chair won council seats on Tuesday night but was a non-factor in the mayor’s race, where once again a mayor who bears no traces of the chairwoman’s fingerprints prepares to take the oath of office.

As if the situation weren’t crummy – and dangerous – enough, state Comptroller Matthew Boxer this week identified more than $10 million in appropriations for city offices, stating that was more than six times similar budgeting in similar-sized cities. Boxer’s report also found that the city budgeted over $10 million for its Clerk and Council offices in 2012, more than six times the amount appropriated for the same offices in Jersey City and more than eight times the amount spent in Paterson, the next largest New Jersey municipality.

The likeable crane operator turned legislator suffered another stake in the heart of his re-election fight this week as a recount found him 39 points behind Northfield Mayor Vincent Mazzeo, his LD 2 challenger.

The embattled former assemblyman, charged with defrauding investors out of $2 million, now claims to have little more than $100 in cash assets, office furniture and a few hundred dollars in jewelry to his name, according to published reports.

No particular reason for his presence this week, just symmetry, to round out the list. Oh, and the Trenton mayor’s under indictment. 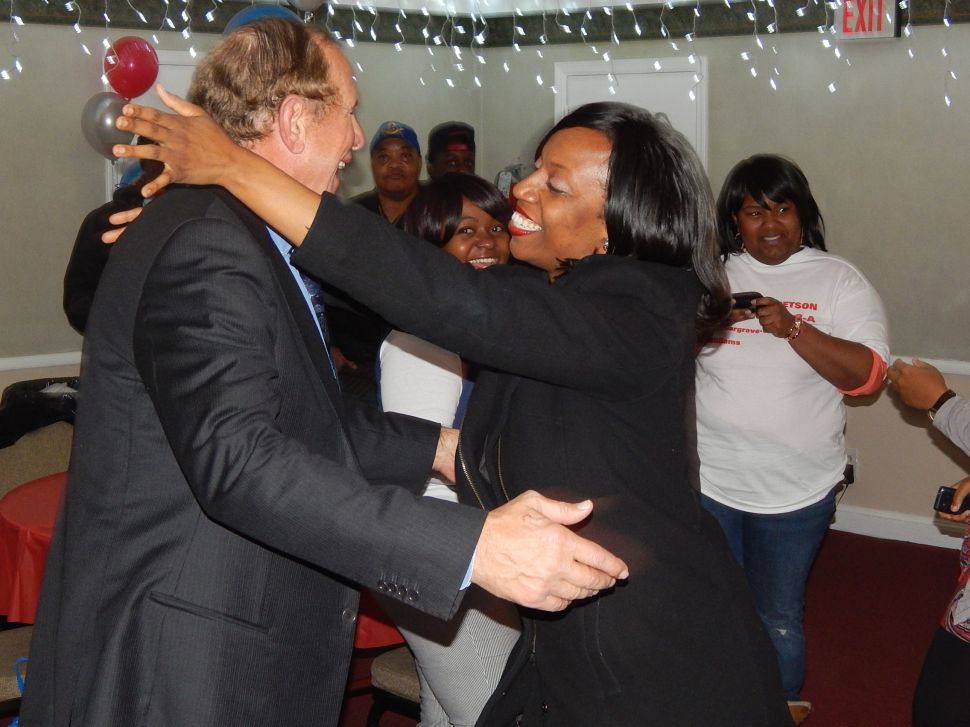