When Bill Baroni (see below) resigned today as deputy director of the Port Authority of New York and New Jersey, the chairman of the Assembly Transportation Committee said he was glad Baroni agreed with him. After determining the non-existence of traffic studies Baroni said caused lane closures on the George Washington Bridge, Wisniewksi called for the resignation of the deputy director and his aide David Wildstein.

The Senate Majority Leader from LD37 initially called for the issuance of subpoenas to find out why officials closed traffic lanes on the George Washington Bridge, and made the charge of a “cover up,” resulting in the departure of Baroni and Wildstein.

Ahead of her 2014 re-election bid, the Bergen County Executive secured the endorsement of Bergen County Republican Organization Chairman Bob Yudin in a display of unity within the ranks a long-fractured Republican Party.

The Bergen County Republican Organization (BCRO) chairman won Donovan’s endorsement in exchange for his support for her candidacy in next year’s county executive contest.

Baroni’s resignation opens up the position of deputy director at the Port Authority for Gov. Chris Christie’s director of the Authorities Unit.

The powerful Essex County executive kicked off his campaign Monday in pursuit of a fourth term, and did so with the strong endorsements of U.S. Sen. Cory Booker, U.S. Sen. Bob Menendez, U.S. Rep. Donald Payne (D-10), and many others.

Another week without a Republican candidate in the race to succeed U.S. Rep. Jon Runyan (R-3) benefits the Burlington County Freeholder, who has the support of Burlington Democrats.

Two of the governor’s top political allies submitted their resignations following continuing investigations by Chairman John Wisniewski of the Assembly Transportation Committee into allegations that Port Authority brass shut down traffic lanes on the George Washington Bridge as payback to the mayor of Fort Lee, who had refused to endorse the re-election of the Republican governor. Wisniewksi made clear today that he still wants answers. “Mr. Baroni’s resignation was overdue and a good thing for New Jersey,” the chairman of the Transportation Committee said in a statement. “His inability to be clear, professional and honest meant he was no longer going to be effective in his role, if he ever was effective. But make no mistake – our investigation into what happened with these lane closings will continue.”

A former state senator, the deputy director of the Port Authority of New York and New Jersey resigned today after telling Trenton lawmakers that the port closed lanes on the George Washington Bridge to complete a traffic study. Other Port Authority aides denied the existence of the study as Wisniewski charged.

Identified as the person responsible for overseeing the lane closures to exact political payback on the mayor of Fort Lee, and like Baroni the target of document subpoenas issued by Wisniewski, Baroni’s aide also resigned. Wildstein is the former editor of PolitickerNJ.com.

The peace forged this week by Donovan and Yudin bodes well for the Bergen County executive’s contest, while the Democrats as yet do not have a candidate to run against Donovan.

The former mayor of Bogota said he would run in CD3 if the heads of the party want him, and this week former Burlington County GOP Chairman Glenn Paulsen said publicly that he would work against Lonegan becoming the nominee to run for the seat currently occupied by U.S. Rep. Jon Runyan (R-3). 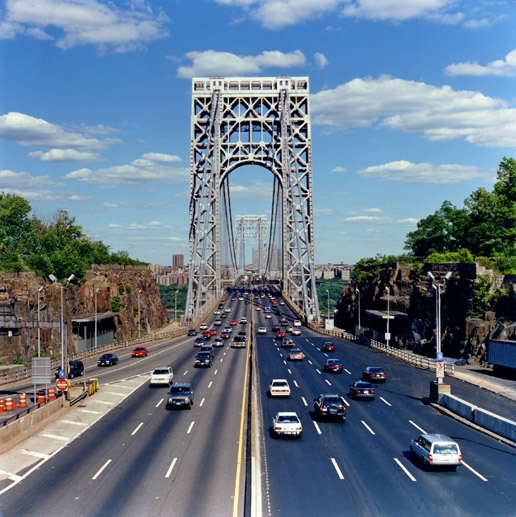