TRENTON – The Assembly lawmaker leading the charge into investigating the lane closure controversy at the George Washington Bridge says Port Authority officials will likely be asked to provide additional testimony to legislators.

Assemblyman John Wisniewski, (D-19), Sayreville, made that assessment  as he and others are pouring over hundreds of pages of subpoenaed documents that were delivered to the Office of Legislative Services a week ago.

Bill Baroni and David Wildstein, two top Port Authority officials who resigned in the wake of the controversy, submitted about 1,800 pages worth of documents after they and others were subpoenaed by the Assembly Transportation Committee that Wisniewski heads.

“All of the stories that have been told from all of the sources that we heard from, either from oral testimony or documents, do not match up, which means somebody or some bodies are not being as accurate in their statements as the others could be,” said Wisniewski, declining to discuss what he’s gleaned from the documents thus far.

“Documents tell a story, but they only tell part of the story,” he said. “We’ll probably make a determination on who the committee wants to hear oral testimony from next based on the documents.”

Wisniewski said Baroni and Wildstein submitted roughly 900 pages of documents each and other authority officials who also were subpoenaed by the committee submitted an equal number.

Wisniewski wouldn’t say when additional hearings would take place or who the committee may call to testify.

Wildstein is a former PolitickerNJ editor. 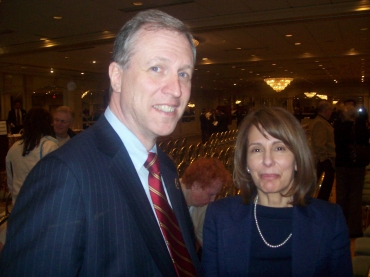