This past year did not disappoint when it comes to communication faux pas and PR blunders. They came in all forms and in every professional arena and, as always, offered some lessons for the rest of us about how NOT to communicate in public.

—Let’s start with Rutgers. I am an RU alum and a big RU sports fan, which makes Rutgers’ communication performance over the past year so painful. It was one communication screw up after another that started when video was exposed of former basketball coach Mike Rice physically and verbally abusing his players at practice. Rutgers officials knew about the video, but it somehow didn’t get the attention of President Robert Barchi early on. This was a big mistake because the video was a very big deal. It was unclear when the president actually saw the video and the university’s communication about it was confusing at best. Ultimately, athletic director Tim Pernetti was fired along with Rice and the RU brand took a big hit. The biggest lesson here is that top leaders can’t delegate in certain situations. You have to see video with your own eyes early on, no matter how big the organization or how many strong people on your team.

—The Obamacare web site. Look, when it comes to communicating via technology, we all understand that things can go wrong, but it seems like much of the problem connected to the healthcare.gov web site to date has involved a lack of leadership, management, and execution. Further, the communication early on about the site’s failure didn’t grasp the severity of the problem. President Barack Obama originally said of the site’s malfunctioning that his people needed to “scrub the site” of glitches. Jargon doesn’t help. The Obama team also communicated that the glitches were a product of overwhelming consumer demand and not simply the site’s flawed mechanics. Candor matters. Further, there was no sense of urgency given the October 1 deadline. Once Secretary of Health and Human Services Kathleen Sebelius did publicly communicate she said, “we have asked the contractors to bring in their A-team to the table”. What does it communicate when the lead point person on Obamacare says that the “A-team” needs to be brought in AFTER things get screwed up, and not before?

—Finally, who could forget Paula Deen, who built a successful brand by cooking up fat-rich foods but who imploded when she started communicating publicly her views about race, slavery and the Civil War? She admitted to using the “N-word” in the past, and in a NY Times televised forum she said her great-grandfather experienced tremendous hardship “losing all the workers”, which caused him to go into his barn and shoot himself. Deen was referring to 30 slaves who worked for her great-grandfather who had to be set free after the Civil War.

During the same forum, Deen asked an African-American employee, Hollis Johnson, to join her on stage while noting he was as “black as this board,” referring to the dark backdrop behind her. Ultimately, Deen would say she was being misunderstood, even though she apologized for her comments.

The lesson here is clear. Talk about what you know. Don’t communicate publicly on subjects outside your area of expertise. Sure, you have a right to communicate your opinion, but in business, people also have a right not to associate with you because of that opinion, if they believe it will hurt the organization’s brand. This is a lesson all of us who work for someone else must always remember when communicating in any public forum, including the Internet. 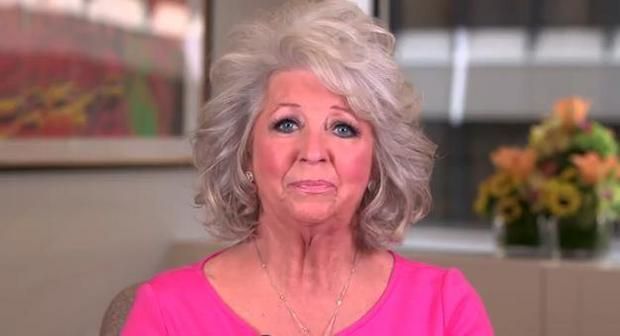