Mayor Bill de Blasio this weekend announced that he has nominated Mark Peters, a former prosecutor and his former campaign treasurer, to serve as commissioner of the Department of Investigation, the city’s chief anti-corruption watchdog.

Politicker spoke this weekend with Mr. Peters about his plans–if his nomination is approved by the City Council this week–as well as his relationship with the new mayor, a fellow Brooklynite and longtime friend, whom he first worked with on their local Park Slope school board.

The following is a condensed and edited version of that conversation.

How do you feel?

“I’m completely honored at the nomination,” he said, cautioning that, per the City Charter, his selection must still be approved by the council.

What do you say to critics who wonder whether your close relationship with Mr. de Blasio will make you less inclined to aggressively monitor and launch investigations into his administration?

“I think there are a couple of different answers to this,” he said. “The first is, I’ve been doing this kind of work for most of my professional career. And the facts are what are what they are. The facts take you where they take you. The mayor and I both know that … And the real question is: Do you know how to develop the facts to aggressively look at this stuff? And I will.”

Mr. Peters pointed to the several years he spent serving on the state’s Public integrity Commission, where he was then-Gov. David Paterson’s appointee.

“Less than a year after that, I was part of the group that levied the largest single fine in the history of the state on a sitting governor,” he said. “Anyone who wonders, ‘Am I willing to be aggressive with my friends?’ The answer is yeah. There’s a fairly high-profile example.”

Do you see why it might raise eyebrows, though?

Former DOI Commissioner Rose Gill Hearn spent her last months focusing on problems with the city’s ever-unpopular Board of Elections. What key areas would you like to focus on, if your nomination is approved?

“I would like to not go in with preconceptions,” he cautioned, noting he hadn’t yet met with the agency’s staff. But, he said, a key focus would be fulfilling new City Council legislation mandating the creation of an independent inspector general to monitor the city’s police department inside the DOI.

“I certainly think that the challenge of setting up an independent inspector general who will do the kind of rigorous job that the council expects and that the mayor [expects] … that’s going to take lot of energy,” he said. He added that he fully supported the legislation,.

He said it was too early, however, to talk about other changes, such as whether he wanted to reorganize the office or add or remove any divisions.

U.S. Attorney Preet Bharara has drawn endless headlines in recent years for his work cracking down on political corruption. How closely do you expect to work with him? And will that also be a priority of yours?

“The DOI has traditionally worked very cooperatively with the attorneys. I have every expectation that will continue,” said Mr. Peters, who commended Mr. Bharara for his anti-corruption stance.

“He has done some extraordinary work and I look forward in working with him and being an active partner in those areas where we can be helpful,” he said. “And I also look forward to doing our own hard work looking at all the areas where problems can spring up.” 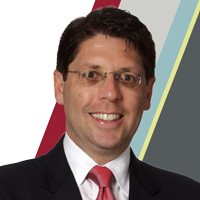