China is the first country to have labeled Internet addiction as a clinical disorder. We don’t really know what the holdup is for every other country with broadband access to follow suit.

Let’s take a look at the facts: somebody wore Google Glass to walk down the aisle, children now have to be gently reminded to go outside by storybook characters, and Dogecoin exists. Check and mate.

Anyway, in China they are already recognizing Internet addiction as the body-destroying, time-consuming succubus it is. People have even died, News.com.au reports.

That’s why institutions like Beijing’s Daxong Camp exist. It’s a rehabilitation facility for teens who are addicted to the Internet. They’re forced to endure military physical training, medication, therapy sessions and controlled diet in order to get over their addiction.

Filmmakers Shosh Shlam and Hilla Medalia made a documentary called Web Junkies about the mostly male Chinese Internet addicts. They followed teens going through the three-to-four-month treatment, during which they are afforded time to sit around talking about video games:

The documentary is premiering at the Sundance Film Festival this year. Uber yourself on over and take it in. 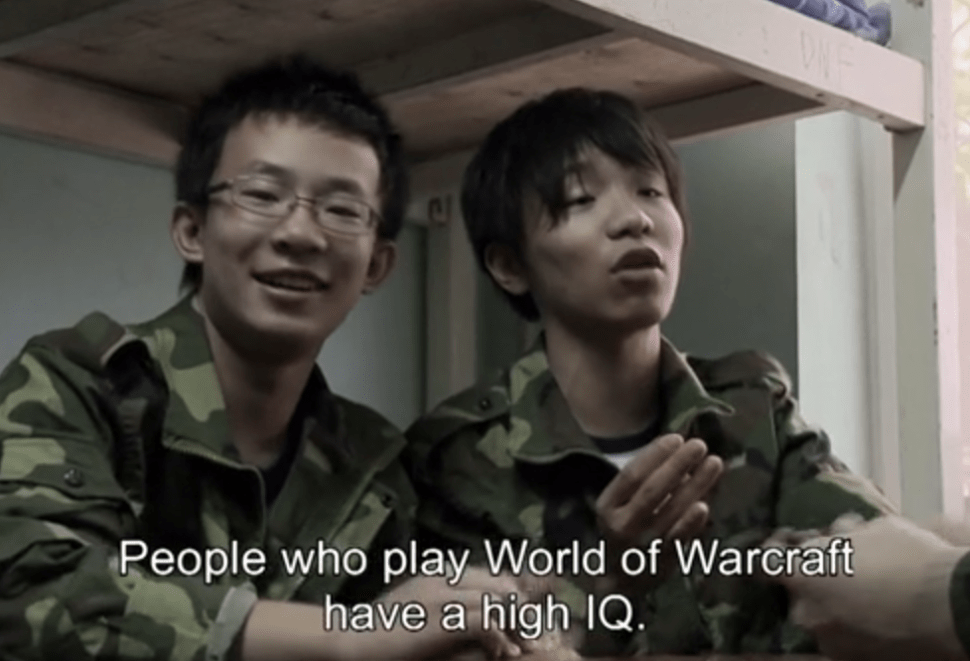