The Winter Jazz Festival, 10 years old this year, kicked off yesterday at Le Poisson Rouge and continues into the weekend. It’s three days longer than it usually is, featuring formal shows like tonight’s Town Hall concert, which celebrates the 75th anniversary of Blue Note Records. Friday and Saturday, though, are the main event, with more than 80 bands invading seven downtown venues, all within walking distance, including the Zinc Bar and the Bitter End.

If you don’t follow jazz, want to, but have no idea where to start—well, this festival is your ticket. It’s a vivid testament to what jazz, in all its iterations, sounds like at the present moment. I went two years ago, new to New York, eager to hear jazz in the city. Over two nights, I probably experienced a wider range of music than I did for the rest of the year.

The only problem is the crowds. If you’ve paid $55 for a two-day pass, you should get to see what you want. That doesn’t always happen, as the smaller clubs reach their capacities rather quickly. Here’s hoping the festival’s organizers have figured out how to resolve that issue this year. Just in case: Be early.

But there’s also enough excellent music being played throughout the night that if you can’t get into one venue, another will have something interesting, and probably unexpected. Notable acts include the big band leader Darcy James Argue, the pianist Jason Moran, the saxophonist Ravi Coltrane, the guitarist Mary Halvorson, Dawn of Midi and the Jazz Passengers, fronted by saxophonist Roy Nathanson.

Look out, too, for the sensitive 25-year-old Chilean tenor saxophonist Melissa Aldana, featured in the video above, who last year was the first female instrumentalist to win the Thelonious Monk International Jazz Competition since its founding in 1987. 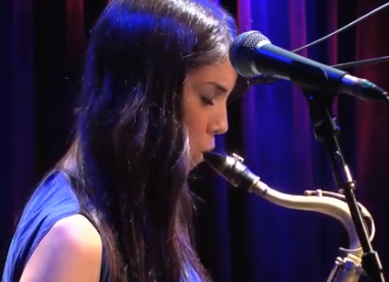