There is a new trend emerging in Brooklyn, and despite what Alex Williams wrote in The New York Times‘ Style Section today, it’s not the “adoption of the whiskered look,” as determined by Jay Carney’s beard seeing its own shadow during a White House press conference. In fact, an increasingly mainstream subculture can be found, anywhere from the annals of Williamsburg to the red carpets of Los Angeles, which directly contradicts Mr. Williams’ claim.

That’s right: A growing number of Americans are going beardless.

The lack of any facial hair whatsoever might not be a new concept–with no less luminary figures as President Barack Obama and Golden Globe hosts Amy Poehler and Tina Fey sporting spotless chins throughout their entire careers–but rocking a smooth cheek has been given new life, thanks to its direct position opposite the bewhiskered masses. Now Brooklyn residents who want to stand out in a crowd don’t rock a full beard of bees, but a baby-bottom-smooth cheek.

No-beards have also traditionally been associated in American culture with youth, making it especially de rigueur for anyone under the age of 20, or late bloomers with a pituitary problem. When someone wants to look like a fresh-faced undergrad with their whole life ahead of them, do they grow muttonchops? No. There are even stores that will now cater exclusively to the maintaining of low-to-no-beards, including Fellow Barber, The Corner Barber and Bedford Barbers.

But not having a beard isn’t just for the young. It’s also a staple of a professional workplace environment. Don Draper did not have a beard, but as soon as he started growing one, he was fired. Mr. Williams claims that “Nowadays, the misfit beard has come to connote all-American values like teamwork and leadership, to judge by the Duck Dynasty-style monstrosities sprouting from the chins of numerous members of the 2013 World Series champion Boston Red Sox, who cemented the trusty playoff beard as a cliché of rally cap proportions.” Sure, if your all-American values happen to dovetail with Phil Robertson’s, go ahead and rock your Appalachian neck-warmer.

But for the rest of us, we’ll be wearing our apple cheeks with pride, because we spent time today grooming ourselves, like real men do. And we didn’t even get a trend story in The Times out of it. 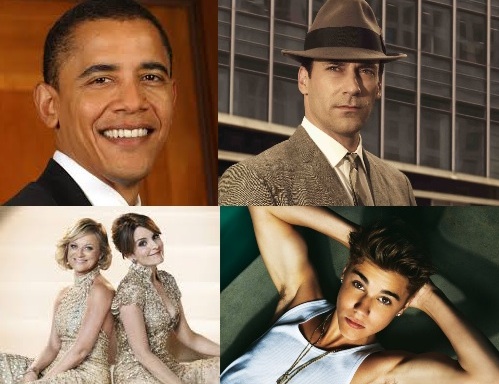