Last month, when the art world went into holiday mode with everyone else, big changes were afoot over at Louise Blouin Media, a fiefdom of art media that owns the magazines Art + Auction and Modern Painters, as well as the website BlouinArtinfo.com

Ms. Blouin, the company’s Canadian-born owner, let go the publisher and associate publisher of Art+Auction, a shake-up that coincided with the resignation of top executive Bill Fine, head of global sales. Around this time, she also decided to move the company’s New York offices from a Richard Meier-designed suite in 601 West 26th Street, where they have resided since 2008, to a new, as-yet-undisclosed location at the end of January.

The changes follow the preholiday termination of around 25 freelance contractors, many of whom told The Observer at the time that they were still owed money. In addition to several recent and upcoming lawsuits, it all suggests money troubles at the company, which is funded out of Ms. Blouin’s pocket.

“The company is not having money problems,” Ms. Blouin said in a telephone interview Monday. “The company is a company that is growing and has restructured the editorial to up the editorial, according to new management, and that’s it. And we have our business that is really growing. I mean, it’s booming. Are we perfect? No, we’re not perfect. Are we making mistakes? We probably are. With the growth that we’re doing, we probably are. So we have to continuously improve ourselves, because growing fast doesn’t come without pain.”

Ms. Blouin said that anyone who was owed money would get it and favorably compared her payment schedule, which she said tended to be around 30, 60 or 90 days (depending on what the person did for her company), to other magazines and to the multinational consumer goods company Unilever, with whom she said she has done business.

“I’d rather not share that part of it,” Mr. Fine said, when asked if he was owed any money, adding that he counted Ms. Blouin as a personal friend. “I think that we’re going through a transition, maybe.”

“You know what? There’s a whole lot going on, and I don’t want to subject myself to any kind of problems,” said Wendy Buckley, Art + Auction’s recently dismissed associate publisher, “but suffice it to say, a lot of us are waiting for final paychecks.” Kate Shanley, Art + Auction’s now former publisher of four years, declined to comment for this story.

ACCORDING TO NEW York court records, late last year, Louise Blouin Media Inc. was sued by Helix Systems Inc. (an IT support company) for failure to pay a bill of $54,000, Magazine Radar Inc. (which sells itself as MediaRadar, an ad sales analysis firm), which says it’s owed $24,000, a former sales representative named Laura Whiteman, who worked at the company from August through November 2013 (her case is recent enough that no complaint is available online), and Trapp Lewis, the company’s former executive vice president for Asia who claims he is owed more than $66,000 for various unpaid elements of his contract. (Another earlier, though active, lawsuit by World Class Business Products Inc. involves alleged failure to pay for some $1,700 in office supplies.)

The Florida-based publicist Judy Holm, who planned Blouin Media’s “Power 100” party at Art Basel Miami Beach in 2013, said LBM voided her yearlong contract after five months, and just after the party. She said she plans to file papers in Florida court this week for the $25,000 she claims she is owed.

“I think she’s having cash-flow problems,” Ms. Holm said. “My personal opinion of her is: She’s Marie Antoinette, and the Revolution is coming.”

Internationally, a group of eight current and recently departed Blouin executives from Latin America and Europe have retained a lawyer in London to address the money they say is owed on their U.K.-based contracts. On Monday, they sent a letter to Ms. Blouin’s London office that demanded a collective $130,000 in wages and expenses and threatened legal action if she does not pay in 14 days.

Ms. Blouin called the number of lawsuits currently leveled against LBM normal for a company its size and “actually very small compared to other companies” and said the most recent crop, like the decision to move offices, was not related to any kind of financial difficulties. (Employees have, in the past, been locked out of the building for failure to pay rent, though this week, the building’s manager at RXR realty, Denise Rodriguez, said she was not authorized to speak about any back rent issues). Ms. Blouin said that she in fact plans to buy a building for the company, in Manhattan.

All the same, she has made a number of unorthodox cost-cutting moves. Ms. Buckley said Ms. Blouin fired the small staffs that produced the company’s thin daily newspapers for art fairs and her Blouin Lifestyle Magazine, both of which were complimentary. Ms. Blouin said she intends to continue production on these titles (and start charging for Blouin Lifestyle), presumably in a still more cost-efficient way. She also cut all complimentary subscriptions to Modern Painters and Art + Auction magazines, even those sent to advertisers so they might see their purchases.

“We are no longer giving comps except for [dealer Karsten Greve,] my children and myself,” she wrote in an email to Circulation Manager Alison Hoffman (who did not forward it to The Observer herself). “We are saving trees or people must pay[.] The price of a page is too low to send free copies[.] The copies for the offices will be delivered once every 3 months in one location[.] Please calculate the savings on this[.] Best l[.]”

But if a guillotine seems imminent, it has always been thus at the company (Ms. Blouin’s pecuniary foibles are well documented), and its owner remains undaunted. She’s proud of what she has accomplished with the company.

“I launch products, and there’s a great story to be said about that,” she said, referring to when she first purchased her company’s two flagship magazines (Art + Auction in 2003, Modern Painters in 2005). “You come in, and you have two magazines, and overnight, now, if you consider all the products we have now, we have about 3,000 products.”

She explained that she reached that figure by assuming that each international version of Blouin ArtInfo “has X amount of product. Multiply that by 21. So if you have, for example, visual arts, contemporary arts, you have Chinese contemporary, German contemporary. So they’re all products.”

Asked if she was referring to individual stories, she said, “No, not stories. They’re not stories. We’ve built, and we’re continuously building, an encyclopedia of curated information. So it’s not a story. The story is not just going to live as a story. It’s going to have many different lives in many different places, so it’s a product.”

“There’s lots that we’ve done,” she added. “And, like I said, we’re not perfect, but we get closer to just achieving and getting better every day.” 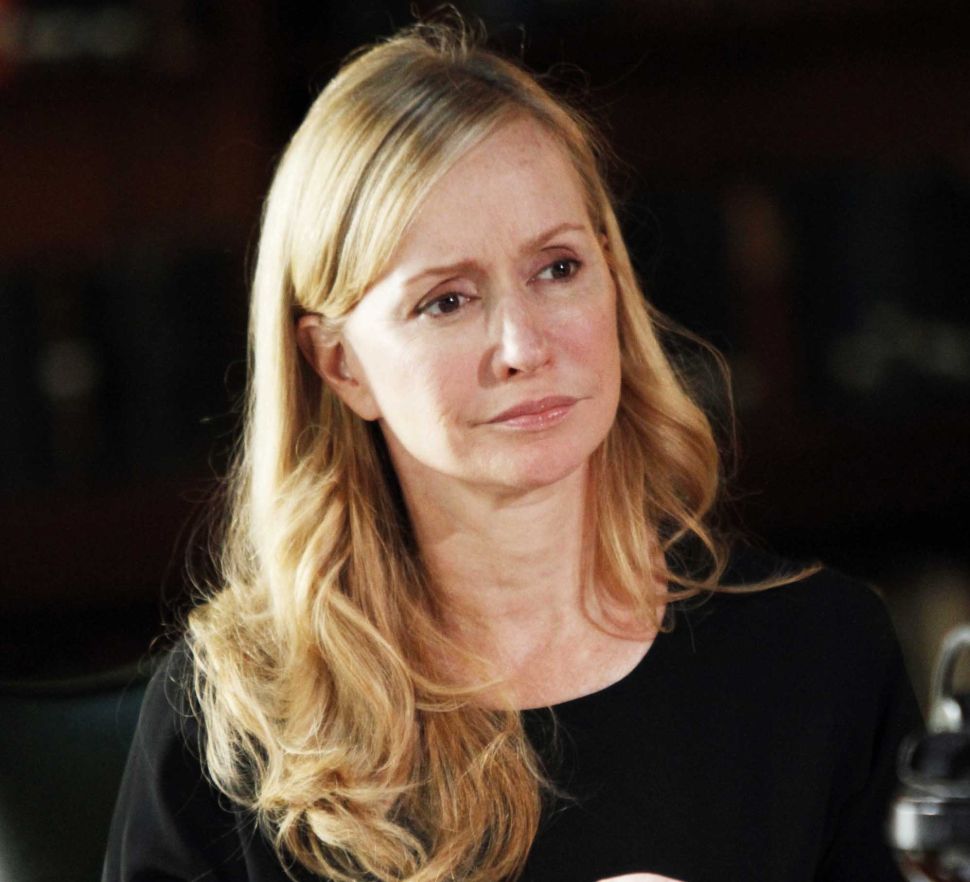