Most of us never met Avonte Oquendo.

So why does it feel like his passing—confirmed this week with the identification of human remains found on a frigid Queens riverbank—took a part of each of us with him?

The ordeal of this missing child united millions of strangers in the shared emotions of anxiety, hope and grief.  A silent 14-year-old boy became the catalyst for one of the most deeply felt communal experiences New Yorkers have had since the attacks of Sept. 11.

We know that Avonte, a nonverbal, autistic student, bolted from his Queens school building on the early afternoon of Oct. 4. A video camera captured a fleeting image of the running boy, like something glimpsed from the corner of an eye.

Because Avonte was drawn to trains, his image was papered extensively throughout the subway system. Stations broadcast regular announcements asking commuters to be on the lookout.

People would listen and lean forward to peer into the tunnels’  gloom. There was a tantalizing sense that he could be just a few feet away, lost inside the underground maze—a boy too scared to ask for help, just one step inside the darkness.

A possible break came on Oct. 30. On the F train, a rider snapped a picture of a withdrawn boy bearing a striking resemblance to the missing teen.

He asked, “Hey, are you Avonte?” But there was no response.

It was not him. But those words—“Hey, are you Avonte?”—hung in the air like an invocation. Going about our daily lives, we yearned to turn a corner and suddenly see his face, so we could ask that question ourselves. We were all looking for him.

There was another moment when the city seemed to draw together, closing ranks in the experience of shared emotion. It was Oct. 25, when then-Police Commissioner Ray Kelly expressed doubts about Avonte’s safety.

“Unfortunately, we are not hopeful that we’re going to find this young man alive,” Kelly told the local news channel, WABC. “But we are continuing our search.”

The public already knew this, of course. Whether they got their information from newspapers or television procedurals or pulp novels, it is widely understood that time is the enemy when searching for a missing child.

But it was such a shock to hear that New York almost palpably convulsed to reject the commissioner’s message. Avonte was going to be the exception, we insisted. He had to be, because this child is special.

Two days later, Kelly apologized for the remark. So the city went back to hoping, each of us searching the faces of children in the street and silently asking, “Hey, are you Avonte?”

Only two other events have comparably united New Yorkers in the last 15 years, each of them epic catastrophes.

To be here on Sept. 11 was to experience one of the truly awful events of history. There was no private grief for anybody that day or even in the years to follow. Our shared misery was wrenching, wracking and painfully public.

Perhaps enduring that unimaginable crime made us stoic in the face of Superstorm Sandy. Lives were lost, homes and businesses were destroyed, and the cost of damage ticked into the billions. Yet we got the lights back on, rebuilt streets and helped out neighbors. We were proud of ourselves.

Then came Avonte. How is it that this slight and noiseless 14-year-old boy had the power to bring New Yorkers together in the same way as these near-Biblical disasters?

His plight stirred powerful emotions that transcended simply the response to another tragic news story. Whether we were fretting, praying or searching, Avonte connected us.

This week brought the awful conclusion to his story.

Word came last Thursday of badly decomposed body parts discovered on a rocky shore of the East River, of a striped shirt and size 5.5 Air Jordans and clothing that matched the description.

The family refused to give up hope. But then, on Tuesday, DNA confirmation.

It seems unreal that Avonte is dead, because we only knew him by his absence. Couldn’t he still be hiding someplace? Just out of sight, waiting for the sound of his mother’s voice?

Avonte Oquendo’s story profoundly affected New York. In a city infamous for its crowded alienation, he united us in our shared emotions.

As long as he was missing, we were all invisibly connected by the haunting, silent question: “Hey, are you Avonte?” 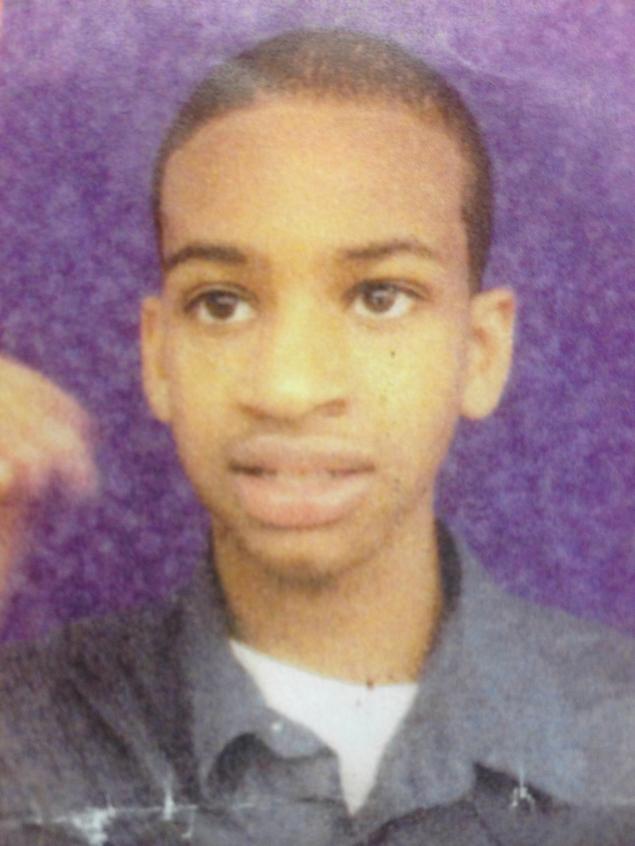