The remains found on the beach by College Point this past week have been identified as missing teen Avonte Oquendo, according to The New York City Office of Chief Medical Examiner.

Mr. Oquendo, 14, went missing from his special needs high school in Long Island City last October. He was last seen on security camera footage exiting the school through a side door.

The months-long investigation has come to a close following the recovery of the teen’s remains in Queens, including a skull that was discovered near Powell Cove on Sunday. The remains, first discovered by a girl taking pictures near College Point Thursday night, were too decomposed to be identified.  The clothes among the remains resembled what the teen was last seen wearing, and DNA testing later confirmed the remains to be Mr. Oquendo.

David Perecman, the family’s attorney, told the Daily News that the family had been “doing everything they can to convince themselves, to keep up hope, that he might still be alive.”

Following the DNA tests results, the late teen’s brother, Danny Oquendo, both mourned his family’s loss and thanked the community on his Tumblr writing,”Thank you everyone for your love and support every step of the way. The tenacity the World, especially NYC, has shown in regards to finding Avonte and spreading awareness has been unmatched in comparison to any other Missing Child investigation. For that we are forever grateful to you.”

The family filed a $25 million notice of claim with the city comptroller’s office in October, claiming the school didn’t properly supervise the autistic teen who couldn’t communicate verbally.  As of Monday, the family was delaying the lawsuit until the remains were confirmed. Mr. Parecman is set to hold a press conference later today.

The investigation into the teen’s disappearance and death is ongoing. 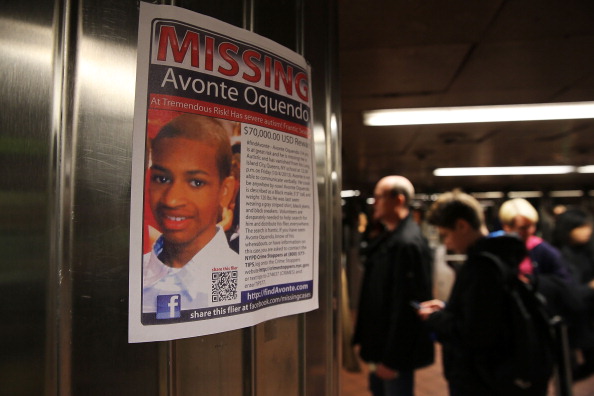