In brief, the main topics of conversation were simple: teamwork and 1960s pop culture.

“We made a team decision to put the strongest team forward to take the city back,” said James, an Army veteran of the Afghanistan War who was overwhelmingly elected to the Newark City Council last year. “I’m glad that Patrick Council is with us now. We don’t just put people on teams just to fill spots. We expect to win.”

James replaced Council in the South Ward slot on Baraka’s ticket in order to increase the chances of a slate victory in the highly competitive ward, according to a source who spoke to PolitickerNJ.com. The James family has long enjoyed the South Ward as its traditional power base – former Mayor Sharpe James began his political career when he was elected as South Ward councilman in 1970.

Many Brick City political observers wonder who Mayor James, Newark’s chief executive from 1986 to 2006 and the father of Councilman James, will ultimately side with in this year’s mayoral contest.

Councilman James said only his father knows who he will ultimately support.

South Ward resident Council, 42, a pastor at St. John Baptist Church in the West Ward and a former manager of recreation and cultural affairs for the city, referred to a 1960s TV caped crusader to try to make sense of the organized chaos that makes up any Newark mayoral race.

“One of the greatest things that I loved about Batman is that they would get into these fights and struggles, and either Batman or Robin was tied up, but at the end the narrator would come on and say: Stay tuned.” 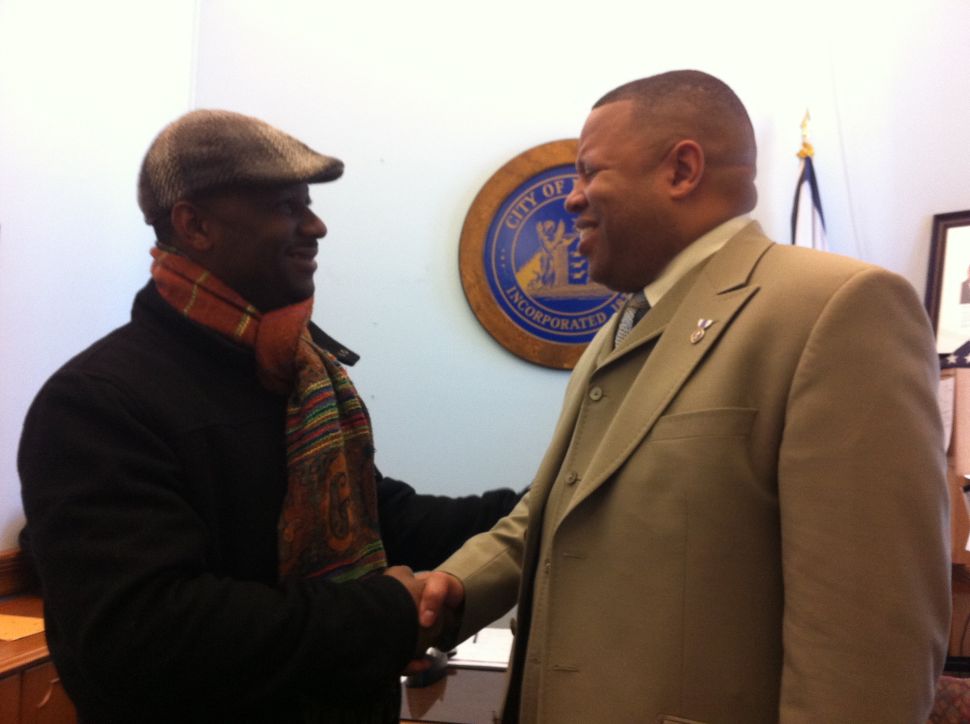