Nobody in Wyoming took the AP computer science exam.

The demographics of the 2013 AP Computer Science exam’s test takers have been released, and the results are pretty depressing, tbh.

30,000 students took the AP Computer Science exam in 2013, which is great, because those kids might actually be able to find jobs one day, when everything is made of robots. But on the downside, less than 20 percent of test takers were female, and Hispanic and African-American students accounted for only eight and three percent of test takers, respectively. Ugh.

Barbara Ericson, director of computing outreach at Georgia Tech’s College of Computing, put a bunch of the data into this easy (albeit saddening) list of information.

For those of you depressed to notice that Mississippi, Montana and Wyoming appear in all three sets of findings, bear in mind that only eleven AP computer science exams were administered in those states, combined—which, don’t get us wrong, is really sad in its own way, too. Nobody—nobody—took the exam in Wyoming. (Seriously, kids of Wyoming: what else are you actually doing with your time?)

Still, the College Board acknowledged that the computing industry is predominantly run by white males (what’s new?), and noted that they were collaborating with outreach groups to make AP courses more accessible to all groups of people. 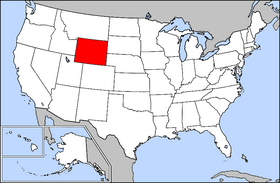