The book’s authors notified their agent, David Patterson of Foundry Literary + Media, who called the publishing house. Penguin’s legal department contacted the newspaper, and the proposal was taken down by the end of the afternoon.

“Dutton was extremely fast and effective in fixing this,” Mr. Patterson said.

From time to time, book proposals are leaked to the press and posted before sites are forced to remove them, because they are protected under copyright laws. (In 2012, Gawker posted, then removed, Lena Dunham’s proposal, for example).

The Post‘s revised story, which still calls the book by its working title Bad Blood (it’s actually called Blood Sport), lists several revelations from the proposal but fails to note that the proposal had been posted then removed from the site, although a search for the Scribd page, which hosted the proposal, now says that “this content was removed at the request of Penguin Random House.”

Citing an anonymous source, the Post reveals that the book has been acquired by Dutton.

But Mr. Davidoff’s publishing source may have just looked at Publishers Marketplace, which reported the deal late last summer. Or maybe the source looked at the book’s Amazon page, which lists the publisher, a synopsis and publication date (July 8).

Then again, the Amazon page also has the updated title. 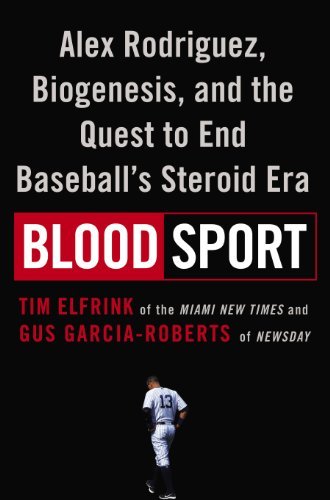