No one in the political arm of the Christie Administration has publicly discussed expectations of an endorsement from Fort Lee Mayor Mark Sokolich, but the mayor’s resistance and the backlash that ensued ordered by since fired Deputy Chief of Staff Bridget Kelly serves as a contrast to another Democratic Party mayor, who unlike Sokolich did endorse Republican Gov. Chris Christie.

The context of both mayors’ politics has a possible tie to the Port Authority of New York and New Jersey, which had – according to the public record – big designs for projects in the two Democrat towns.

One project is in full swing, and one is not.

In Harrison, the Port Authority last year announced construction of a $256 million Path Rail Station, a complete upgrade from the Depression-era facility that formerly served the town.

At the time, prior to multiple endorsements of Democratic mayors, it was a big news story, occurring on the morning of the annual NJ Chamber of Commerce March to Washington.

The Port Authority similarly had work to do in Fort Lee, another town that interfaces as a matter of routine with the bi-state operation.

On Feb. 6 of last year, Port Authority Commissioners approved a $177.5 million project to replace a Palisades Parkway helix located in the town.

The Port Authority described the helix as a “key approach to the George Washington Bridge.”

“The action taken by the board today is in keeping with the Port Authority’s longstanding commitment to maintain and improve its critical interstate infrastructure,” said Chairman David Samson at the time. “Replacing the Palisades Interstate Parkway Helix is essential to ensuring that the George Washington Bridge, the world’s biggest crossing, will continue to effectively and safely serve the businesses and travelers of our region for decades to come.”

As the commissioners undertook part of a larger $350 million program to rehabilitate various structural elements of the bridge, then-Port Authority of New York and New Jersey Deputy Executive Director Bill Baroni pointed out the specific benefits to the Fort Lee population.

“The construction of a temporary access ramp is just one step we are taking to minimize the effects of construction on the people of Fort Lee as we work to create [a] smoother, more reliable commute across the George Washington Bridge for everyone,” said Baroni.

PolitickerNJ asked Sohmer about the status of the project now.

“I think it’s been shelved,” the councilman said. “All the money, to my knowledge, went to the World Trade Center.”

“There was talk about the area beside being developed,” the councilwoman said. “The locals said then and are still worried now about the traffic. The traffic is brutal, and the residents are frustrated. The Port Authority execs were in our borough hall, making presentations about the project – I was there. But it never happened, and I don’t know why.”

Sohmer said the spot in question is now an ugly eyesore and the source of local complaints. 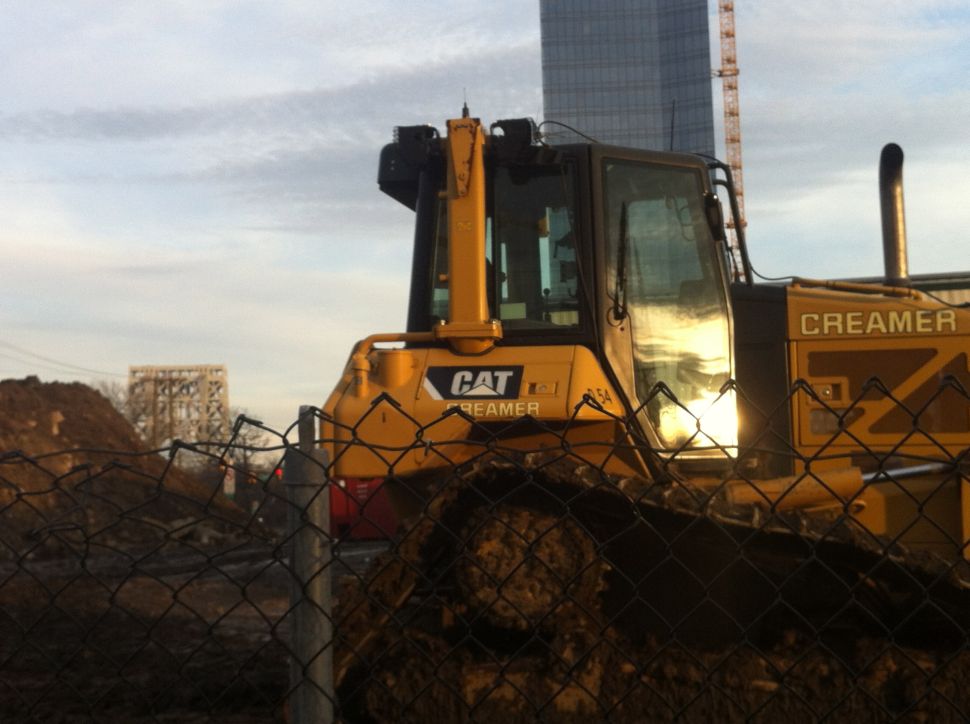