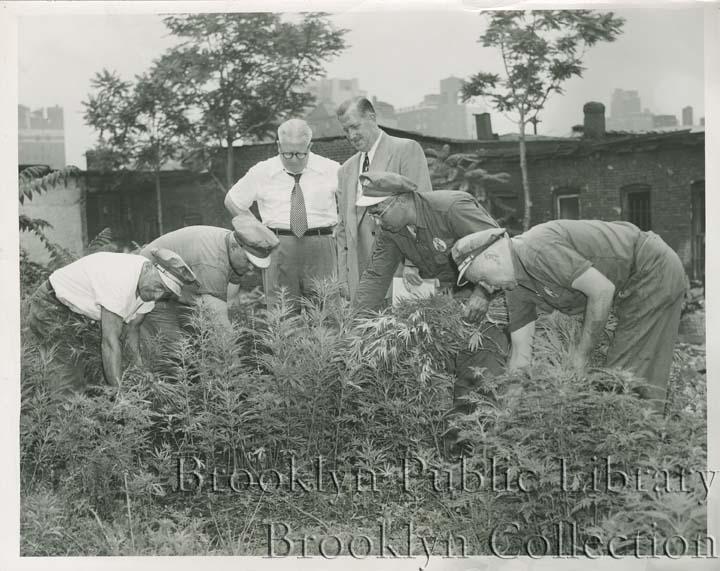 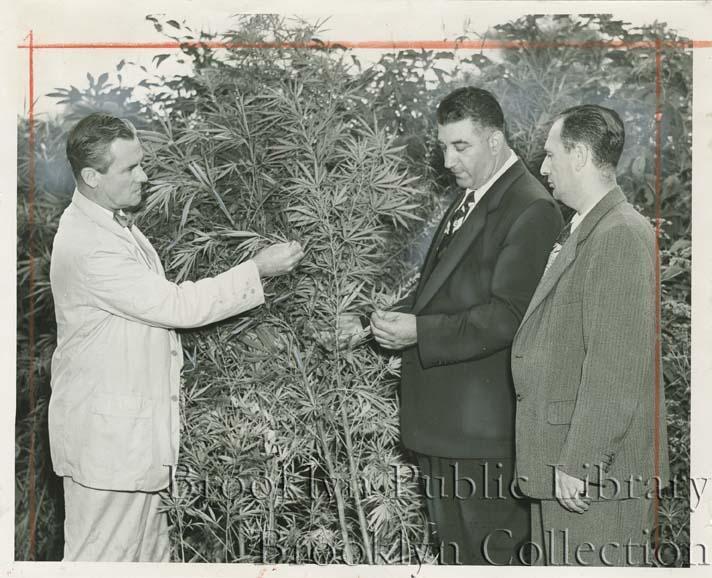 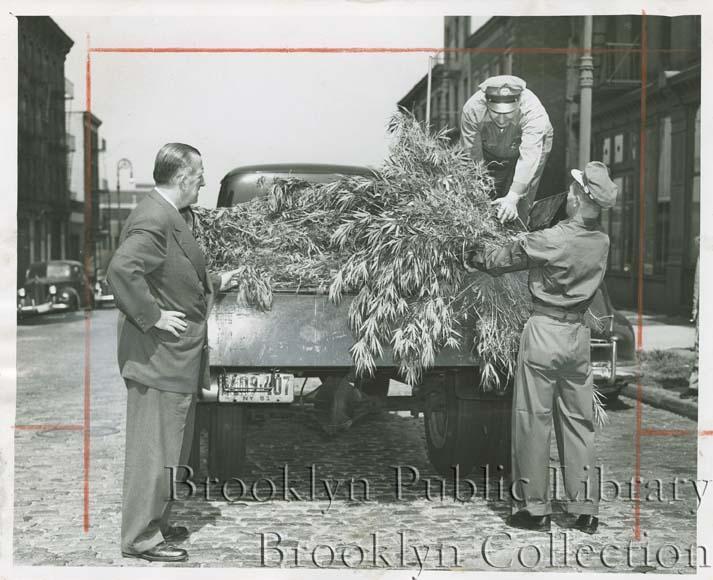 There goes the fun! Inspector Gleason overseeing the White Wing Squad consfication and transport of marijuana found in lots and roadsides
"Evil harvest--Inspector John E. Gleason of the Sanitation Department supervises as departmental workers load uprooted marijuana onto truck. Weeds found growing near Williamsburg Bridge were dug up as part of citywide campaign to eradicate marijuana from lots and outlying roadsides" 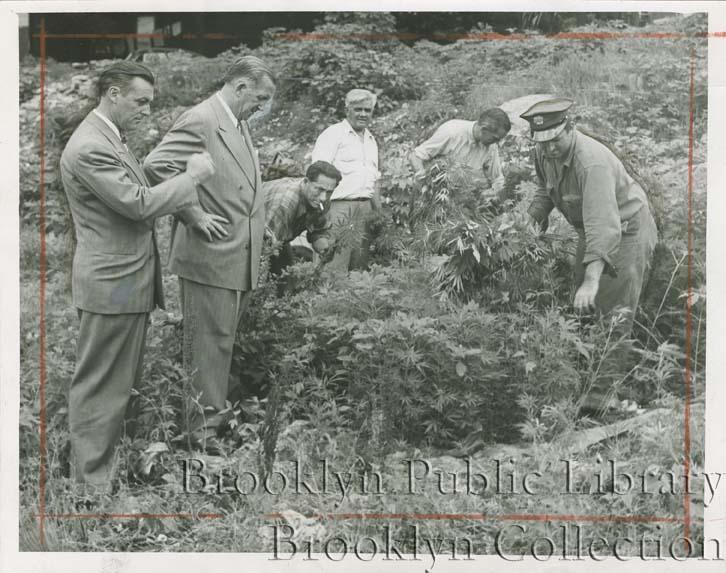 To the guy smoking the cigarette: you're not fooling anybody
Potential reefers--Assistant Borough Superintendent Arthur McMahon and Chief Inspector John E. Gleason supervising the destruction by Sanitation Department men of a clump of marijuana discovered."
Advertisement 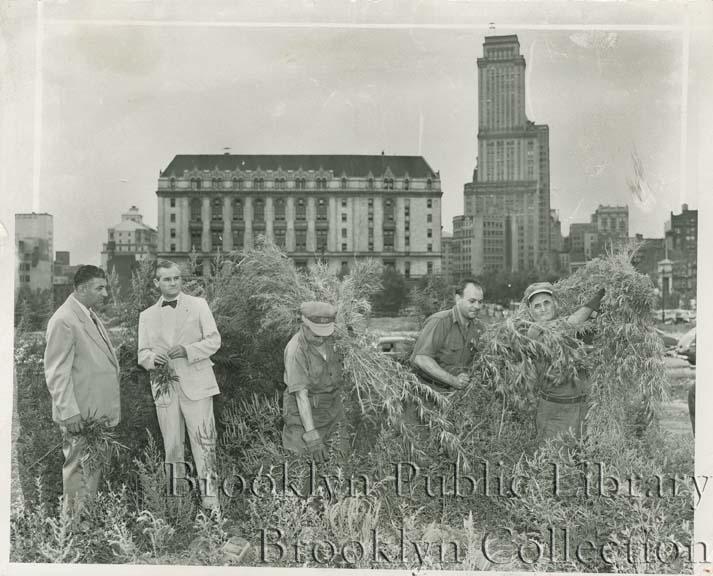 Next stop on the High-Train: Civic Center
"August haul--In the shadow of Brooklyn Federal Building, one block north of Tillary St., a new crop of marijuana is cut down by sanitation workers. Inspector Frank Creto, left, Sanitation Department, and Deputy Inspector Peter E. Terranova, Police Department, survey the operation, latest in joint efforts by the two departments to rid the city of the weed." 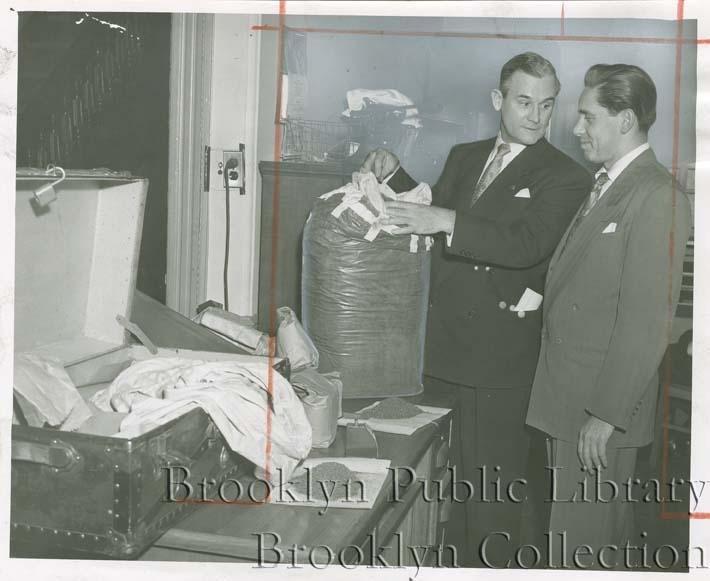 Hey bro-do you even lift? The marijuana haul is the newest dumbbells.
"Big marijuana haul--Seizing 80 pounds of stuff that reefers and bad dreams are made of, are Deputy Inspector Peter Terranova, head of narcotics squad, left, and Assistant D. A. Norman Felig. Cache was grabbed along with 'importer' Homer Jackson, in Bedford Stuyvesant rooming house." 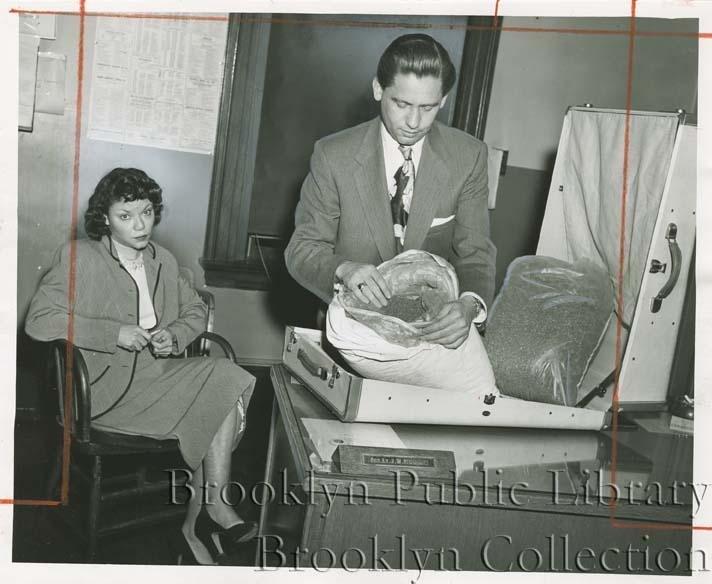 If we got caught with $80,000 of weed in our Hotel St. George room, we would look like you too, Marguerite Gooden.
"Marijuana and girl from Texas--Marguerite Gooden, 31, of San Antonio, sits dejectedly by while Assistant District Attorney Norman Felig examines $80,000 marijuana cache detectives had found in her Hotel St. George room."
Advertisement 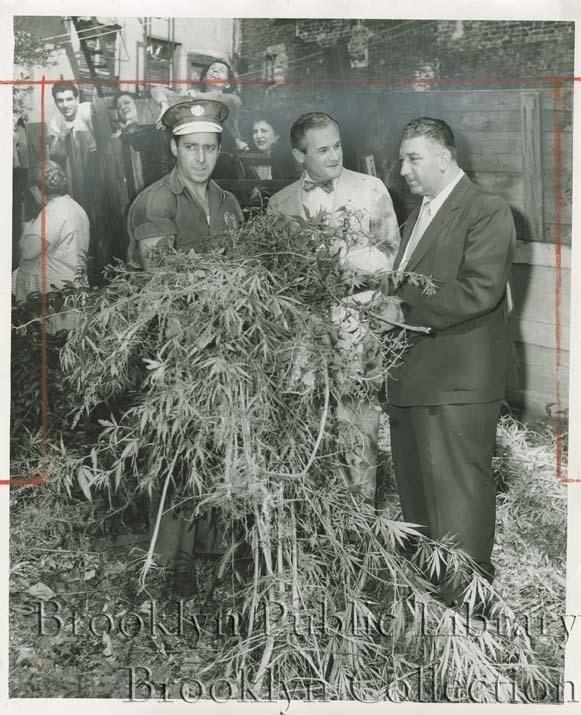 Flanks of officials weeding out the fun
"Weeding out operation--Police Inspector Peter Terranova, commanding officer of the narcotics squad, flanked by Anthony Cristiano, a Department of Sanitation workman, and Frank Creta, general inspector of the department, exhibit part of a haul of more than 100 pounds of marijuana found growing at 82 Butler St. the dope weed was burned in department incinerators." 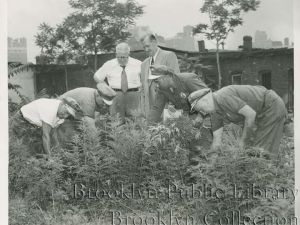 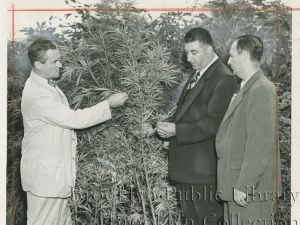 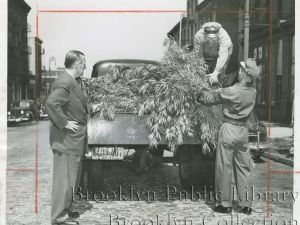 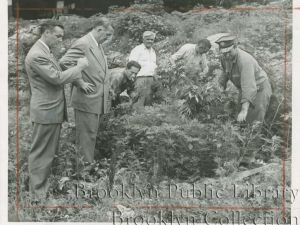 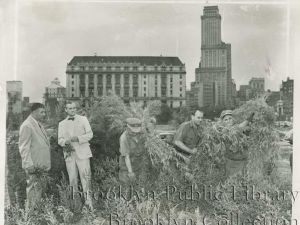 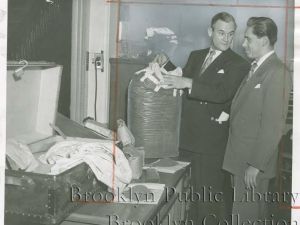 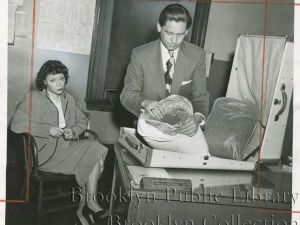 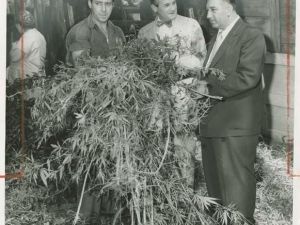 Talk about a Brooklyn joint.

With the ongoing legislative battles over the legalization of marijuana, it’s almost too hard (or too easy) to believe that Brooklyn was once a mecca for marijuana growth.

Before the abundance of coffee shop-turned-night-bars and obscure music venues, Brooklyn was covered with fields of cannabis that stretched through Williamsburg, Cobble Hill and East New York, according to the Brooklyn Public Library.


In 1951, Brooklyn’s “marijuana plantations” grew approximately 17,200 pounds of the good stuff, amounting to a couple million dollars. In response, Sanitation Department Chief Inspector John. E. Gleason lead the White Wing Squad, named after their white duck cloth uniforms, which went through the lots in all New York’s boroughs and confiscated and destroyed the plants. Members were forbidden to enter saloons and use foul language, among other things.

Photos from the Brooklyn Public Library depict 10 foot long Cannabis satvia plants germinating from the sacred Brooklyn grounds and allow us to visit a curious time. But it’s good to know that “urban farming” has always meant “growing weed” in Brooklyn.