Jeff Rosenstock sips tea in the third-floor Greenpoint walkup he shares with his fiancée, discussing the future. His band, Bomb the Music Industry, plays its final shows tonight and this Sunday at Warsaw, and Rosenstock is wondering what he’ll do next.

“I’m a graphic designer,” he says. “I’ve flirted with the idea of trying to just do that because it would give some stability to my life.”

BTMI has afforded Rosenstock, 31, lots of benefits, but stability is not among them. The DIY punk-ska–meets–indie-rock outfit started as a solo bedroom-recording project following the demise of his previous group, the Arrogant Sons of Bitches. Frustrated that the Recording Industry Association of America was suing file-sharers, Rosenstock decided he’d give his music away online. Fans could decide what, if anything, to pay. The pay-what-you-want model was a radical thing in 2005, before Radiohead had released In Rainbows. But to Rosenstock’s surprise, the band took off.

Listeners responded to BTMI’s high energy and lyrics about the uncertainty of living through one’s 20s—songs touching on life without health insurance (“25!”), getting canned (“Can I Pay My Rent in Fun?”), and the modest rebellion of showing up to the office unshaven (“Brian Wilson Says SMiLE a.k.a. Beard of Defiance”). The band toured the United States and the world. Alternative Press, usually dedicated to the likes of Paramore and Fall Out Boy, gave them rave reviews. BTMI’s music appeared on Weeds and The Office.

Still, life in a band designed to subsist on donations left some things to be desired. Staying on the road too long made Rosenstock anxious, so the band mixed shorter tours with stints back home—where making rent wasn’t always a certainty. “You get older,” he says, “and you’re just like, ‘Do I want to keep things this crazy forever?’”

Rosenstock has no regrets about his band’s unorthodox approach. In fact, he wonders whether he could have avoided selling anything at all. BTMI eventually caved to fan pressure, and—though the band still gave away downloads—sold shirts and vinyl. He thinks they might have made it without merchandise. “We were bringing in $100, $150 in donations every night,” he says. “That seems like a lot of money out of the kindness of people’s hearts … [but] I don’t think I ever will have a chance to do it like that again. At this point, I’m too old, sadly, to take a huge risk like that.”

Principles are one thing, but what if, say, Interscope Records offered a suitcase with $10 million to join what Rosenstock considers the dark side? “How could I turn down $10 million?,” he asks. It’s not a rhetorical question—he walks himself through the scenario and decides he might not take it. “Because what the fuck is money, you know? What would be the point of the last fucking eight years if the finish line were Interscope Records?”

Instead, the finish line is two nights at a 1,000-capacity club in Brooklyn.  “I wish we could keep doing the same thing and remain 25,” Rosenstock says, “but we’re not going to be able to be 50 years old and do this.”

Then he gets an idea for bringing the band back on his terms. “I really do want to play a reunion show when we’re 60 years old. And I want to hold out until then so we’re really fucking old when we do a last show.”

Who would come see a bunch of 60-year-old punks? 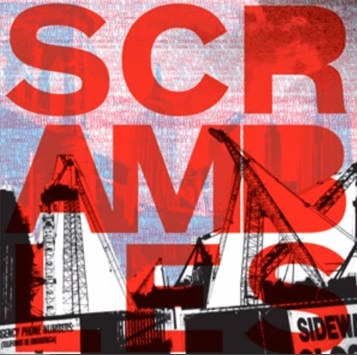