BRICK – A key character in the critically acclaimed film American Hustle is based on former Camden Mayor Angelo Errichetti. Renamed Carmine Polito and played by actor Jeremy Renner, Errichetti is portrayed as a man of the people tripped up by con artists and federal agents working together to take down crooked politicians in disco ball-tinged 1970s America.

But when Camden Mayor Dana Redd was asked if life imitated art in the film, she said she didn’t know and had no plans to find out.

“I’m not really inclined to go see it. I really am not,” Redd said outside the swearing-in ceremony of Brick Township Mayor John Ducey on Wednesday. “My heart goes out to his family, and his family has paid the price. He was held in high regard by many in the city of Camden – he was iconic. He helped a lot of people.”

Errichetti, who served as Camden’s mayor from 1973 to 1981, was known for putting in 12-hour days as he emerged as South Jersey’s prime Democratic power broker. But in the process of trying to hold back Camden’s decline, he made a fatal political mistake.

As part of the FBI sting known as Abscam depicted in American Hustle, Errichetti was indicted after being caught on a hidden camera accepting $25,000, which was to be a down payment on a $400,000 bribe to expedite the development of a New Jersey casino and the Camden seaport. He was convicted in 1981 on federal bribery and conspiracy charges, and served 32 months in prison. Errichetti was one of 19 men convicted in the Abscam operation, as well as six members of the U.S. House of Representatives and U.S. Senator Harrison A. Williams, Jr. of New Jersey. He died in May 2013 at the age of 84.

American Hustle sets the cinematic stage with its opening: “Some of this actually happened.” But Redd, who ordered that flags at Camden city buildings be flown at half-staff in Errichetti’s honor after his death, prefers reality.

“I was seven years old when my father took me to his house in Whitman Park. The mayor took me up to his daughter’s room to see all of her dolls. But we’re living in the present day, and we’ve got to move on,” Redd said, pointing to ongoing civic initiatives to improve policing efforts, reform public education and fix fiscal problems in her troubled city. “While we may not solve all of our issues overnight, we can’t despair. We have a lot of great residents who live in Camden by choice that really want to see the city come back. I would choose to remember the good things that Mayor Errichetti did, and that’s where I would like to leave it.” 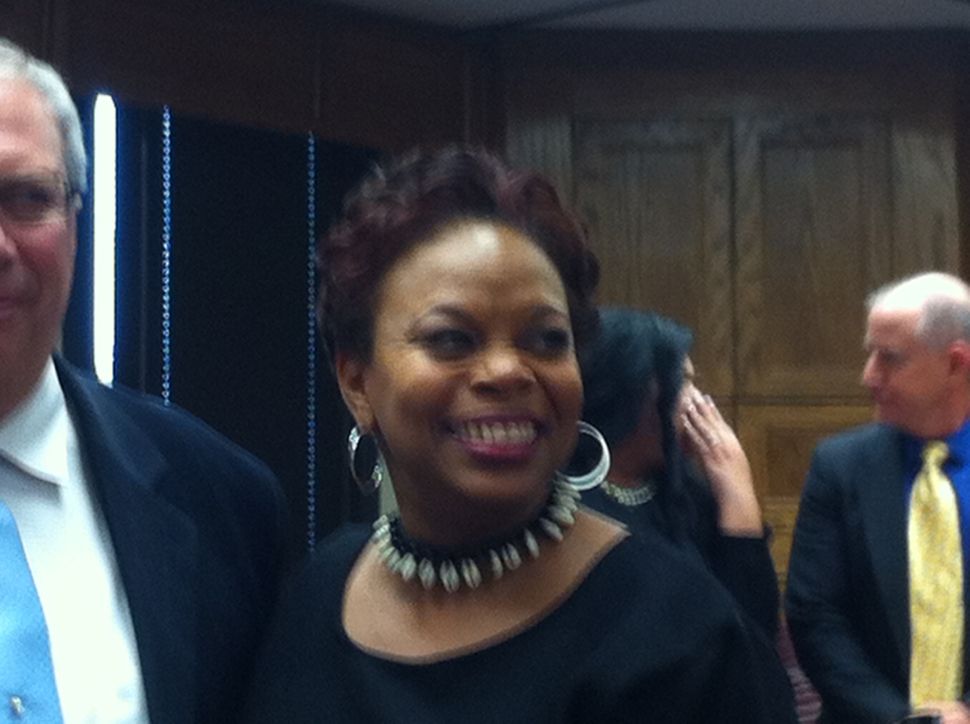