TRENTON – Describing him as one of the first supporters of his 2009 gubernatorial campaign and one of the leading fighters of Superstorm Sandy aid for New Jersey residents, Gov. Chris Christie gave his full support Monday to U.S. Rep. Frank LoBiondo’s re-election bid.

The governor offered an “enthusiastic” endorsement of the incumbent lawmaker who is embarking on a re-election bid to his eleventh term in Congress. Christie introduced LoBiondo during a Statehouse news conference after describing LoBiondo’s dedication to the job and his willingness to put New Jerseyans first.

“The fact is no matter who you are in his congressional district, … if you need help in Washington, D.C., Frank LoBiondo is there to listen and then work hard,” Christie said. “His priority is still New Jersey.”

The governor described the incumbent congressman as a steadfast public servant who is determined to work for his constituents.

“There’s nobody that works harder,” he said. “He loves this job and he does it extraordinarily well.”

Christie vowed to work with LoBiondo in the coming weeks, both on the campaign trail and on fundraising.

“I am determined to make this effort the very best that I can,” LoBiondo said. “I love what I do.”

The congressman touted his achievements in the second congressional district and said he’s ready to build on the accomplishments if re-elected to another term.

Ahead of LoBiondo’s announcement, Bill Hughes Jr., a Democratic attorney seeking to challenge the incumbent congressman, issued a statement criticizing LoBiondo for announcing his CD 2 re-election bid in CD 12.

“Frank LoBiondo is so concerned about losing his job that he had to run to Chris Christie to announce his 11th bid for re-election rather than come home to the district he represents to ask voters for another two years,” Hughes said in a statement. “Frank LoBiondo has lost his way, and he’s lost his way in Washington.”

The Democratic Congressional Campaign Committee issued a similar statement on Monday, saying LoBiondo “couldn’t find anyone in his own district who wants to re-elect him, so instead he went 50 miles away to Trenton,” said DCCC spokesman Marc Brumer.

The Republican congressman dismissed the criticism.

“If I were up here announcing a cure for cancer, they would accuse me of putting doctors out of work,” said LoBiondo, adding, “Maybe they don’t like the idea that the most popular governor in the country is willing to take time out of his day [and give an endorsement].” 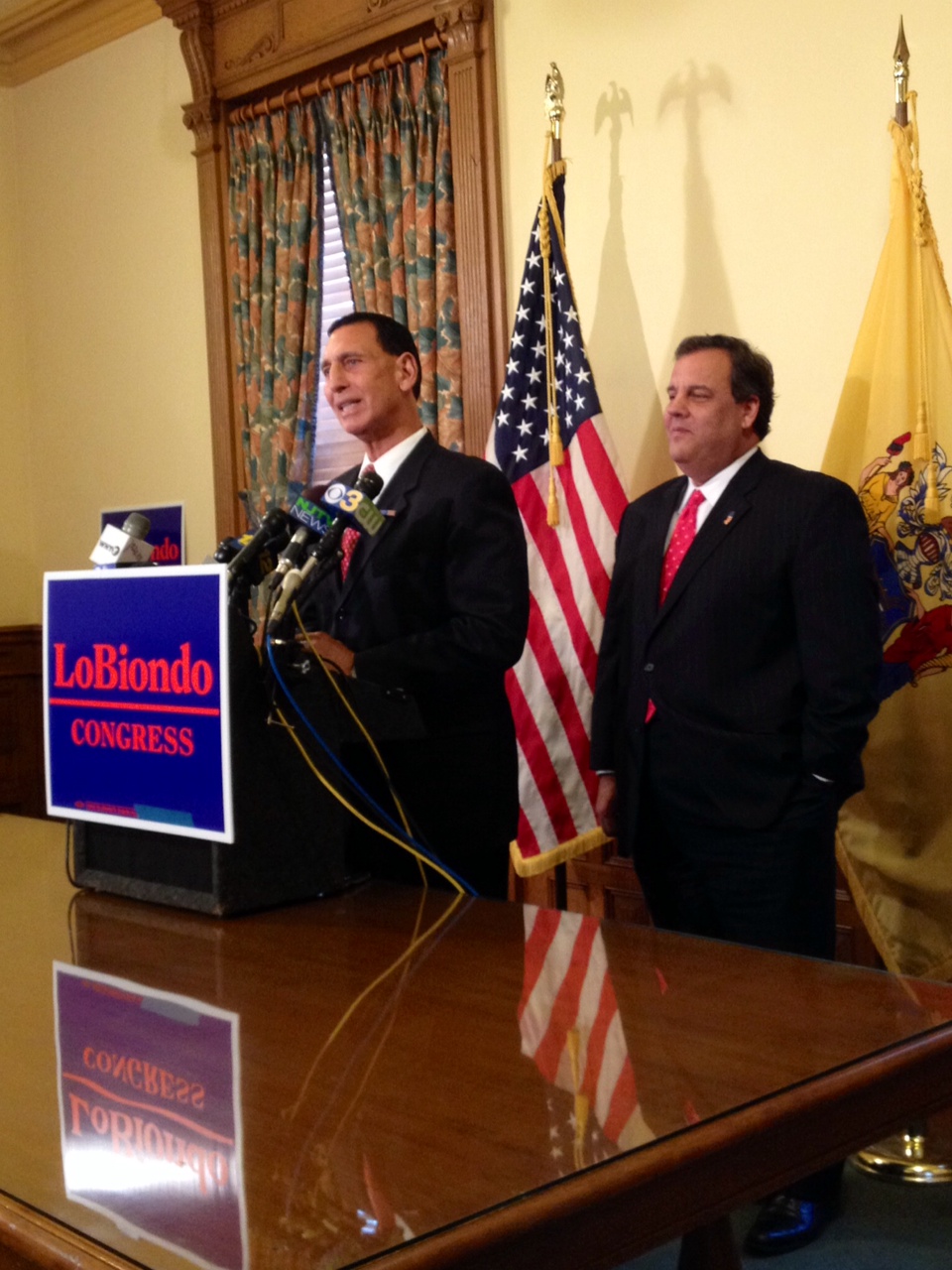