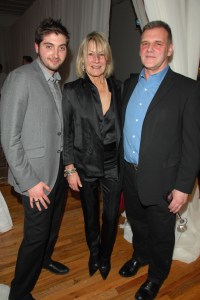 Jeffrey Uslip has been hired by the Contemporary Art Museum St. Louis to serve as its chief curator, the museum announced today in a release. Mr. Uslip comes to CAM from the Santa Monica Museum of Art, where he has been curator at large since 2010, organizing shows with Joyce Pensato, Agnes Denes and others.

CAM also released the exhibitions he’ll be offering up in the next few years. There are some hot ones. From the release:

“Uslip will present an expansive series of exhibitions, including acclaimed artist Kelley Walker’s first career survey in America [in 2016]; a solo project with Jesse Howard, one of Missouri’s key self-taught artists; and a survey exhibition with Los Angeles-based artist Joe Goode, his first museum survey outside of California. In September 2014, Uslip will organize a solo exhibition with Texas-based artist Mark Flood.”

Mr. Uslip, who’s a Ph.D. candidate at NYU, starts officially at the museum in February. If you’re looking for some of Mr. Uslip’s work in New York, you can head over to Bortolami on Thursday for the opening of a group show he has organized there called “A Chromatic Loss,” with work by Betty Tompkins, Xylor Jane, Wyatt Kahn and more.

Update, Jan. 9, 10:30 a.m.: An earlier version of this article incorrectly stated that the Walker show will be this year; it will appear in 2016. In addition, Mr. Uslip starts in February, not this month, as previously stated.