TRENTON — The chairman of the state Democratic Committee called the Christie administration “vindictive’’ Wednesday in the wake of revelations of emails between the Port Authority and one of Gov. Chris Christie’s staffers.

“These emails demonstrate that under Governor Christie, vindictive political motivations were allowed to trump any regard for public safety,” said John Currie, head of the N.J. Democratic State Committee.

“As hearings into this matter continue, Governor Christie owes us an explanation for why his core team appears to have such disdain for the public trust and how they could seriously abuse the power of the governor’s office right under his nose.

“This time, I suggest that the governor try a new approach when answering questions: honesty.”

The communications show that a former N.J. appointee to the bistate agency was in touch with one of Christie’s senior staff over the fact lanes were being closed at Fort Lee and the George Washington Bridge. 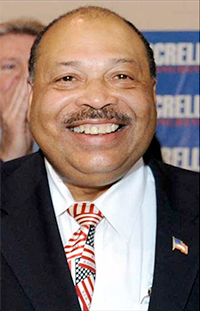