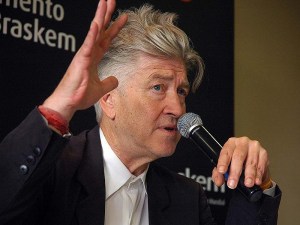 The Financial Times sat down with director (and, uh, up-and-coming artist) David Lynch to discuss his new exhibition at The Photographers’ Gallery in London, which features photographs of old factories in Berlin, New York, northern England, Poland and Los Angeles. I’ll share with you this passage, in which Mr. Lynch discusses visiting the old factories in the Polish city of Lódź:

“…I went there many times and most of the times I’ve photographed factories, and then nude women at night.”

This, it turns out – not a total surprise, given his taste for good-looking actresses in his films – is his other photographic obsession. It wasn’t quite clear whether these were models, or prostitutes, or . . .

“No, no they’re not prostitutes,” he said. “They’re girls who don’t have a problem being photographed and they’re very good girls. I think you could say that throughout time, the female figure has been pretty extraordinarily loved but it’s an inexhaustible realm, and the way the light plays, it’s just a continual thrill, it’s unbelievable.

“[It’s] the same with the factories, the light that plays inside these buildings, it’s really a spiritual experience.”

David Lynch: he likes the ladies. He loves the factories. Someone get this man a hardhat.

You know what? For no other reason than it being Friday, here’s my favorite song about factories, Warren Zevon’s “The Factory.” That’s  Bob Dylan on harmonica! That’s just how strong my love is for you, dearest reader.