Mr. Lupo’s appointment, which was first reported by Capital New York, has raised more questions about the close relationship between Mr. de Blasio and the new council and whether Ms. Mark-Viverito is sufficiently independent from the new mayor. Mr. Lupo will be tasked with working with the council to pass legislation.

At a press conference at City Hall today announcing the appointments, Mr. de Blasio described his new hires as “two individuals who truly understand the grassroots of this city.”

“These are the kinds of folks that make government work everyday,” he said.

“These are two leaders of incredible achievement, who are committed to putting city government to work for working people. Stacey and Jon Paul grew up here. They’ve spent their lives helping lift up their fellow New Yorkers, and I’m proud to have them on our team,” said Mayor Bill de Blasio.

Stacey Cumberbatch has risen to become one of the most trusted and effective problem solvers in city government, taking on reform of troubled projects and turning them around. She was brought in to right the ship after the discovery of fraud and abuse in the CityTime project and charged with restoring integrity and efficacy to the system. As Commissioner of the Department of Citywide Administrative Services, Cumberbatch will ensure the machinery of city government operates more efficiently in order to maximize its ability to make strategic investments in areas like education and affordable housing.

“Guaranteeing that the city has the tools needed to operate smoothly is fundamental to carrying out the clear, ambitious agenda for change for New York that Mayor de Blasio has laid out. I’ve spent my whole life in the city. I’ve seen government from the inside and from the outside. And I am committed to making sure every New Yorker feels pride and confidence in the men and women who make this city run,” said incoming Commissioner of the Department of Citywide Administrative Services Stacey Cumberbatch.

Drawing on his wealth of experience working in New York City government, Lupo will lead the Office of City Legislative Affairs. He will serve as a liaison between City Hall and the city’s elected officials and work to advance a bold, progressive legislative agenda for New York City—including paid sick leave, universal pre-K and more affordable housing.

“This is our progressive moment, and we’re going to work with leaders in every corner of this city to bring real change that lifts people up. This office is going to be a partner that’s responsive to what New Yorkers are living at the grassroots,” said Jon Paul Lupo, incoming Director of the Office of City Legislative Affairs. “From ensuring every New Yorker can earn a living wage to expanding access to quality early childhood education, we will work together to build a stronger city for all New Yorkers.”

Stacey Cumberbatch has devoted more than two decades of her life to serving New York City’s public and nonprofit sectors.

Cumberbatch has a proven track record of productive leadership and management, as well as an ability to solve some of the city’s most difficult strategic challenges. Currently the Deputy Executive Director of the Financial Information Services Agency, she is responsible for the maintenance and enhancement of New York City’s Timekeeping System. Cumberbatch is credited with cleaning up the troubled CityTime program and helping to create a productive and efficient system that serves more than 160,000 employees across 68 agencies.

This is Cumberbatch’s most recent position in New York City government, following a respected career that has spanned stints at the New York City Housing Authority and Law Department. Additionally, she has experience in state government, having worked as an Assistant Attorney General In-Charge of the Consumer Assistance Unit in the office of the New York State Attorney General, as well as in the nonprofit community, having managed grant-making programs in the areas of environmental protection, legal services and civil justice reform for the Joyce Mertz-Gilmore Foundation and the Open Society Institute.

Born in Queens and now a resident of Brooklyn, Cumberbatch is a graduate of Barnard College and New York University School of Law.

Jon Paul Lupo brings more than a decade of experience in government, politics and communications, with a winning track record.

He held senior positions on the campaigns of Senator Jim Webb in Virginia and Senator Tim Johnson in South Dakota.

Jon Paul Lupo joined former Brooklyn Borough President Marty Markowitz’s staff in 2011 as director of communications and external affairs, and most recently served as his chief of staff. He managed intergovernmental affairs across every level of government for all major agency projects and worked with community boards, city agencies, and the City Council to move projects forward.

A native Brooklynite, he attended Stuyvesant High School and Emory University. While at Emory, he won the National Debate Tournament. 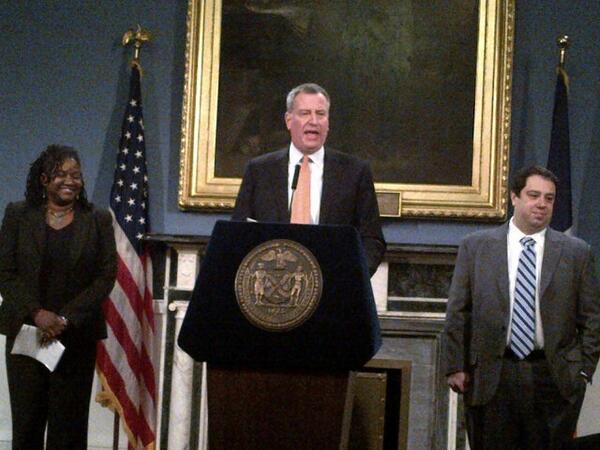