Mayor Bill de Blasio will be making his first appearance on late night TV as a guest on The Daily Show next week.

Mr. de Blasio, who has become frequent subject on the show will make his debut this Monday, February 3 at 11 p.m., according to a Comedy Central release forwarded by the mayor’s office.

“You’re supposed to be a champion of the middle class! Two week into your term and we catch you eating pizza à la Trump?!” the comedian declared. “And you call yourself a radical socialist bent on destroying New York City?”

“Look, I understand there’s a learning curve to be the mayor,” he added, “but here’s lesson No. 1: Learn how to eat your city’s signature dish.” 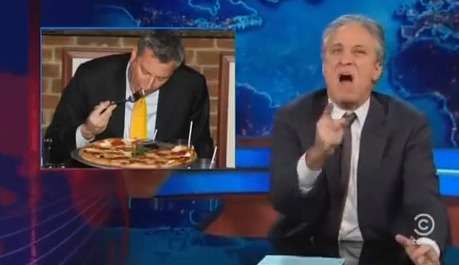