As the art world continues to expand and globalize, so does the P.R. machine that handles its messages, as The Observer reported in a feature in 2012. That expansion now includes an established firm opening offices overseas and specifically billing itself as a global agency. Today, British P.R. maven Calum Sutton, who already runs offices in London and Hong Kong, told The Observer he has opened a New York office for his firm, Sutton PR, with longtime New York art P.R. agent Jennifer Joy at the helm.

Mr. Sutton launched Sutton PR in London in 2006 after running the communications department for Charles Saatchi and the Saatchi Gallery. His firm has since grown to 40 press agents and has won such marquee-name clients as Art Basel, the Glasgow International Festival of Visual Art and Culture, the Gwangju Biennale, the Institute of Contemporary Arts, London, the Sprüth Magers gallery and the Royal Academy of Arts. In early 2012, he opened an office in Hong Kong, where he works with the Ullens Center for Contemporary Art and the West Kowloon Cultural District Authority.

But New York is a crowded field, art P.R.-wise, packed with established firms like Fitz & Co., Nadine Johnson, Blue Medium and Resnicow Schroeder, as well as a number of individual P.R.s. So why does Mr. Sutton think it’s wise to open up shop across the pond? The short answer is he’s responding to demand. In a press statement released to The Observer, he said that the addition of the New York office makes his “the first fully global arts communications agency.”

“A lot of our important art world clients and brands are looking to do more outreach in the U.S.,” he said in a telephone interview this morning. “But the bigger picture is that the art business is becoming more and more internationalized, so there are clients like Lehmann Maupin gallery [which runs galleries in New York and Hong Kong and does business around the world] who are looking to have an integrated outreach on their message.” (Firms like Fitz & Co., which has offices in New York and Los Angeles, also represent clients around the world, such as Art Basel and the Sharjah Biennial.) He also said that Sutton PR has been working with more clients in South America. “It makes sense for those clients that we have a presence in the U.S.”

Heading up Sutton PR’s New York office, which over the course of 2014 plans to build to a staff of four or five, according to Mr. Sutton, is Jennifer Joy, who worked in P.R. for the Pace Gallery for nearly eight years, leaving in 2012 to join Lehmann Maupin Gallery. Last year, she left Lehmann Maupin to go independent, while keeping the gallery as a client. Lehmann Maupin has just signed on with Sutton PR. Mr. Sutton calls the gallery his “first global client.” 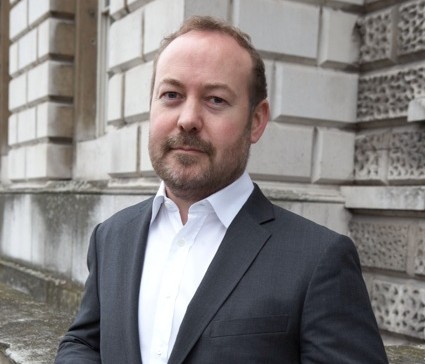