BRICK – Democrat John Ducey was sworn in as mayor before more than 300 Brick residents on Wednesday, escorted by a throng of Boy Scouts and bagpipers that are a typical part of a New Jersey political ceremony. But what has taken place in the last 15 months in Brick is far from typical.

The Ocean County township was slammed in October 2012 by Hurricane Sandy, suffering a more than $534 million loss in ratables according to local officials. The November 2013 election was a different type of shock – in Republican-dominated Ocean County, Ducey became the first Democrat elected mayor in Brick since 2005.

In his remarks, Ducey touted his 100-day plan for the 75,000-person township, the state’s 13th-largest municipality. One initiative includes a way to attack all New Jersey residents’ political bogeyman: property taxes.

“I’m going to be implementing a program that will give residents reductions on their property tax bills if they shop and dine locally with businesses that agree to be part of the program,” said Ducey, a 44-year-old attorney. “It’s a great opportunity to keep money here in Brick.”

But as Brick continues to come back from Sandy’s destruction, Ducey noted that government, not just money, has to play a more effective role in the township’s recovery.

“It’s more than a year after the storm happened, but the impact of Sandy is still very prevalent. Government has failed to help the residents, and in some cases government has made things worse for the victims of Sandy,” Ducey said. “I’m going to create a Sandy recovery and mitigation committee so that the Sandy issues can be dealt with by themselves. Right now, the Sandy issues are lumped in with land use. To me, we have to have a special committee just to deal with Sandy. It’s the biggest issue facing our town.”

“There really isn’t a Democratic or Republican way to pick up the trash. You just need to do it right. People are upset, and they have a reason to be. There’s been a lot of confusion,” Earp said. “Somewhere along the line, somebody is going to ask why are we further behind.”

“This is about the shore. Chris Christie won Brick by 51 points, but John Ducey won by more than 20 points,” said Monmouth County Democratic Chairman Vin Gopal. “Local government is about who is competent and how you responsibly spend taxpayer dollars.”

“If you go down to the lagoon area in Brick, or along the Monmouth Bayshore, there are people still living in trailers in their driveways,” said Shore area political consultant Mitch Seim, who played a critical behind-the-scenes role in Ducey’s victory. “People were willing to give Gov. Christie a pass on this for a long time, but there is something brewing under the surface right now. The clock is ticking.”

“A lot of the money that came down from the federal government into the state program [for Sandy recovery] should have gone to the affected homeowners to help them out,” Ducey told PolitickerNJ.com. “That money should go to the people, as opposed to special interest groups or “Stronger than the Storm” advertising campaigns.” 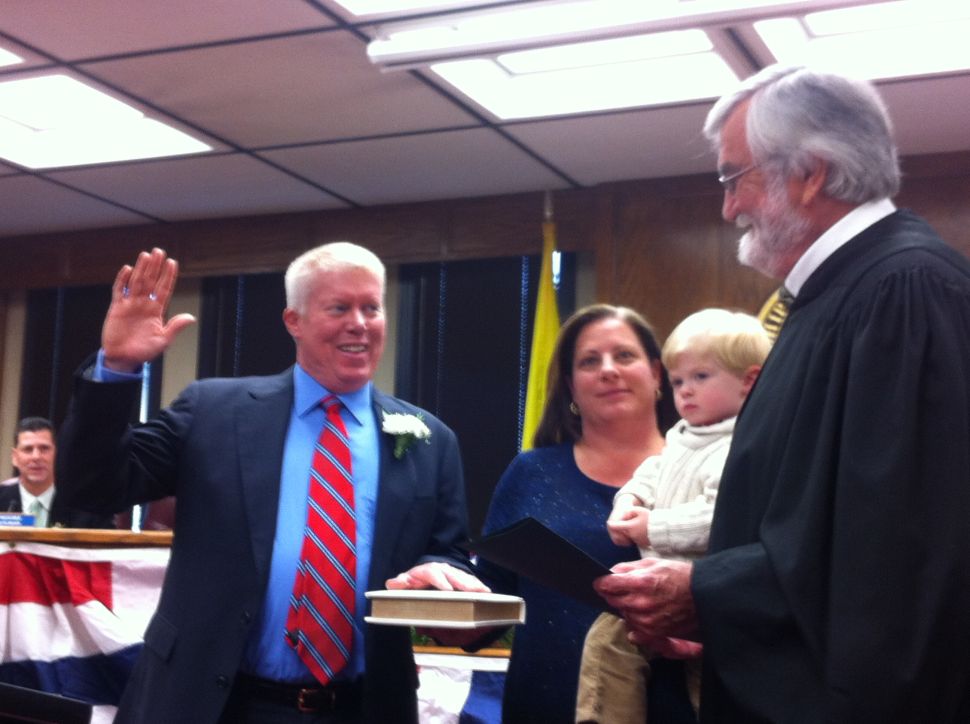