Facebook has temporarily suspended a California woman’s account after deciding photos of her home birth were in violation of its policies.

In December 2013, Venice Beach resident Ruth Fowler used Instagram, Facebook and Twitter to live blog the home birth of her son, Nye. She also documented her post-delivery trip to the hospital, where she went to treat her excess bleeding. By posting the candid photos, Ms. Fowler hoped to normalize the birthing process and help spread awareness about alternatives to giving birth at the hospital.

The photos included shots of her experiencing labor pains, preparing for the birth in a tub after her broke, resting with and breastfeeding her son and donning an oversize diaper to catch excess blood.

Though Ms. Fowler told Betabeat she had received a surprising number of supportive emails, she noted that one entity isn’t quite as thrilled with the photos of her childbirth process and placenta: Facebook.

“I’ve had a few people, crazy horrible trolls, [who] keep reporting my photos as pornography, so they’ve actually canceled my Facebook account,” she said.

When users report photos on Facebook, they are given several choices as to why they believe the photos should be taken down. The reasons range from “I don’t like this photo of me” to “this is annoying” and “this is pornography.” After the offended user selects a reason, Facebook produces a message template to be sent from the offended user to the person who posted the photo. The user can also check a box requesting that Facebook review the photo and remove it if it’s in violation of policies.

Two or three people flagged as pornography a photo of Ms. Fowler with her baby “lying on me, conveniently covering my breasts and anything else. … So not even a nipple was exposed,” she told us. Facebook took the photo down and told Ms. Fowler they agreed with users who’d reported it as being pornographic. She reposted it. And then, this morning, she received this message from Facebook:

Ms. Fowler noted that her friends who’ve posted breastfeeding photos have faced similar push-back from the social networking site. The site’s guidelines say that photos of breastfeeding are allowed, although “photos that show a fully exposed breast where the child is not actively engaged in nursing do violate the Facebook Terms.”

“I hate them,” Ms. Fowler said, referring to Facebook. “They’re such fascists.”

We asked Facebook for its input. A spokesperson would not speak on the record but directed us to Facebook’s policy on nudity and pornography (which the site considers to be two different things):

“Facebook has a strict policy against the sharing of pornographic content and any explicitly sexual content where a minor is involved. We also impose limitations on the display of nudity. We aspire to respect people’s right to share content of personal importance, whether those are photos of a sculpture like Michelangelo’s David or family photos of a child breastfeeding.”

Uh, O.K. We’re not really sure where that leaves Ms. Fowler’s photos. Surely a photo of a mother and her newborn baby doesn’t count as explicitly sexual content with a minor. So is it similar to a photo of a mother breastfeeding? And is that allowed? It’s still pretty fuzzy.

Whether users like it or not, Facebook makes the rules. They’re not the government, so they’re actually allowed to restrict your speech as much as they want. But still, is it really beneficial to ghettoize childbirth in this way? It’s like when grumpy, old, conservative men say, “I don’t care what you do, but keep it in the bedroom.” Banishing documentation of childbirth from Facebook does put it in the same category as pornography, whether Facebook says as much or not. It’s something to which Facebook thinks its users shouldn’t be exposed.

For now, Ms. Fowler is waiting to regain access to her account. Though the suspension totally sucks for her, at least she has a super cute baby to play with in the meantime.

Correction: Betabeat has clarified that Ms. Fowler’s childbirth photos not only documented her home delivery, but also her subsequent trip to the hospital to treat excess bleeding. 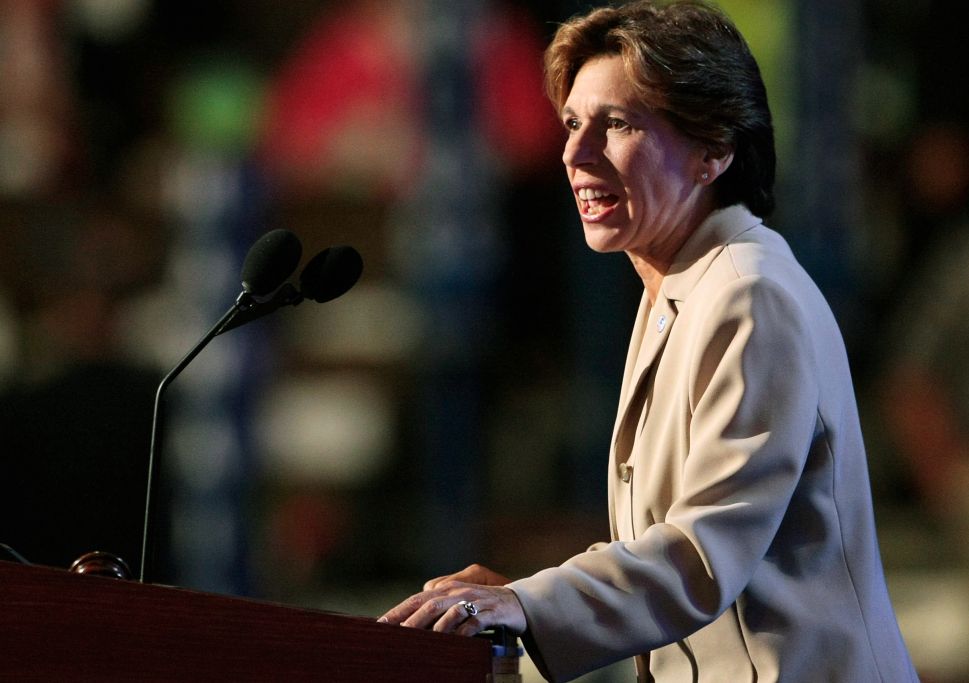