Frank Cotroneo, 63, of Chester, an insurance broker with an office in Morristown, was sentenced to 37 months in prison and ordered to pay more than $12.4 million in restitution to the Toms River School District and in forfeiture to the United States. Cotroneo previously pleaded guilty before former Chief U.S. District Judge Garrett E. Brown Jr., to one count each of bribery and tax evasion arising from his participation in a scheme to pay hundreds of thousands of dollars in bribes to Michael J. Ritacco, 67, of Seaside Park, N.J., the former superintendent for the Toms River Regional School District, in exchange for his official assistance.

Carmine C. Inteso Jr., 47, of Toms River, was sentenced to six months in prison and six months of house arrest for evading his income tax obligations. Inteso, who was arrested in July 2012 after returning from Afghanistan where he had been working as a contractor, pleaded guilty in December 2012 before U.S. District Judge Joel A. Pisano to one count of tax evasion. 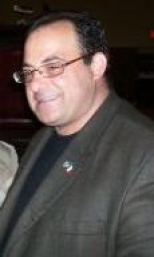