A third name is making rounds among some Republican Party county officials as a possible GOP challenger to U.S. Sen. Cory Booker (D-N.J.).

Robert “Turk” Turkavage, a retired FBI Agent, has spoken to multiple county party leaders in an effort to seek out the Republican Party’s nod for a U.S. Senate campaign, PolitickerNJ has learned. Turk ran as an Independent against U.S. Sen. Bob Menendez (D-N.J.) in 2012.

“I have been actively attempting to speak with county chairs in regard to a possible run,” he said. “I’m trying to gauge what the sentiment would be for me to run.”

Turk hopes to be a candidate who has not “come up through the ranks” of the political establishment, and instead offers voters an option to vote for someone with a background in investigating public corruption who’s focused on tackling the nation’s debt, he said.

“I think I’m as qualified as any of the other politicians that are thinking of running,” Turk said.

He retired from the FBI in 2005 following stints in the bureau’s Government Fraud Squad in New York, as well as in the state’s analytical squads created in response to the Sept. 11 attacks, according to his biography website for his 2012 campaign. Following his retirment from the FBI, Turk spent six years working as vice president in JPMorgan Chase’s fraud department.

The two other Republicans known to be circling their names among GOP county and state officials in pursuit of a possible Senate race are state Sen. Michael Doherty and Assemblyman Jon Bramnick. 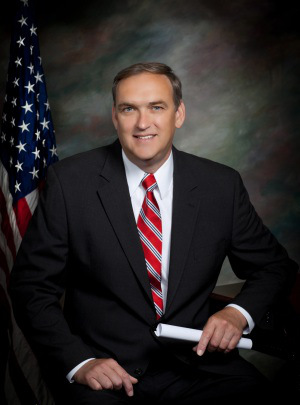