Who says Americana is only for blue-haired dowagers and stuffy octogenarians with a penchant for dreary brown furniture? High-flying Wall Street traders, J. P. Morgan private bankers, Bright Young Things and even techies turn out for the annual Americana Week sprint which kicked off officially with the opening of the New York Ceramics Fair on Tuesday and runs until Feb. 2. Collectors from all over the country fly in to vie for the pickings at three fairs as well as Christie’s and Sotheby’s tony auctions.

First stop is the New York Ceramics Fair taking up roost in the Bohemian National Hall, home to the Czech Consulate over on East 73rd Street.  The ceramics on view aren’t restricted to routine Staffordshire and Delft.  Ferrin Contemporary has eccentric tabletop items like Estonian Kadri Parnamet’s 2013 riff on Manet’s Grande Odalisque with a come-hither stare.  “Clients are looking for work combining contemporary art, history and even eroticism,” Leslie Ferrin told The Observer. The fair runs through Sunday.

The Metro Show in the Metropolitan Pavilion on West 18th Street, which closes on Sunday, features a broad mix of weather vanes, early American flags and artwork by Robert Motherwell and others. Top of the heap has to be outsider artist Bill Traylor with the Carl Hammer Gallery of Chicago.

But the Winter Antiques Show, which opens today at the turreted Park Avenue Armory and runs through Feb. 2, is the grand dame of these events.  It’s celebrating its diamond anniversary this time around—60 years running—and the vernissage last night drew domestic diva Martha Stewart along with former Mayor Mike Bloomberg and a swarm of socialites from Anne Bass to Jamee Gregory plus decorators Bunny Williams and Thomas Jayne. Last year, Bette Midler and Drew Barrymore were among those who strolled the aisles during the show’s 10-day run.

Show chairman Arie Kopelman, a retired Chanel USA CEO, likens the Winter Show to a “candy store for grown-up kids.”  “They can leave with something tucked under their arm,” he said.

What’s on view is far more than the standard Chippendale and Hepplewhite.  Aside from letters by Cezanne and Chagall, dealer Kenneth Rendell has an 1881 Michigan Central Railroad stock certificate signed by Cornelius Vanderbilt for $7,000.  The clients for that kind of paper? “Wall Street,” said Mr. Rendell.  He’s also got Ayn Rand’s original manuscript page from Atlas Shrugged. It costs a tidy $2.2 million.

At the New York City Lost City Arts, there’s a Harry Bertoia 1958 three-dimensional screen in bronze and copper for $295,000.  These days, sculptor Bertoia is on a roar. “Serious collectors are seeking Bertoia to add to their contemporary art holdings,” said proprietor Jim Elkind. He sold Bertoia’s 1961 Dandelion bronze sculpture at Christie’s for north of $500,000 recently.  Then Steve Wynn and Leonard Lauder chased it.

Nearby, Manhattan dealership Maison Gerard is showcasing Jean Dunand’s 1938 black lacquered panels with glimmering gold fish.  For the past 15 years, the paneling functioned as an in-store boutique with jeweler Fred Leighton. It’s priced at $750,000.

Folk art is in abundance with trade figure signs and primitive portraits spotted at Suzanne Courcier, Allan Katz, and Frank & Barbara Pollack. On show at Robert Young of London is a set of carved and painted Noah’s ark figures.  A sum of $35,000 for the 180 animals seems reasonable considering there are 180 creatures.  “It’s exceedingly rare to have a full set,” said Mr. Young.  There’s an 1830 dog portrait in watercolor for $2,200.

There are diamonds galore are at Wartski, James Robinson and Macklowe.  Didier Haspeslagh from London specializes in artist jewelry.  A single Alexander Calder brooch of double R’s is $88,000.  “Ten years ago, it would have cost $8,000,” said Mr. Haspeslagh.  He calls kinetic sculptor George Rickey “the poor man’s Calder.”  Also on his stand is jewelry by Pablo Picasso, Man Ray and Max Ernst.

But the Show isn’t just for those looking to add to their collections. It’s worth going just to see the stand of Elle Shushan Portrait Miniatures, which interior designer Ralph Harvard has trimmed up to look like Père Lachaise cemetery in Paris complete with a mausoleum and a weeping willow.  She’s got a 1860 miniature of a St. Bernard painted on ivory for $650.

Rounding out the week is Christie’s auction on Friday. The house will hammer down a Chippendale mahogany scalloped table expected to fetch $1.2 million. On the block Monday is Chinese Export porcelain.

Meanwhile over at Sotheby’s on Friday, a decoy duck is estimated to fly up to $500,000.  Then Saturday, the remains of the former patron and chairman of the American Folk Art Museum Ralph Esmerian’s fabled collection is up for grabs.  But Ralph won’t be there.  He’s in federal prison, convicted of fraud. 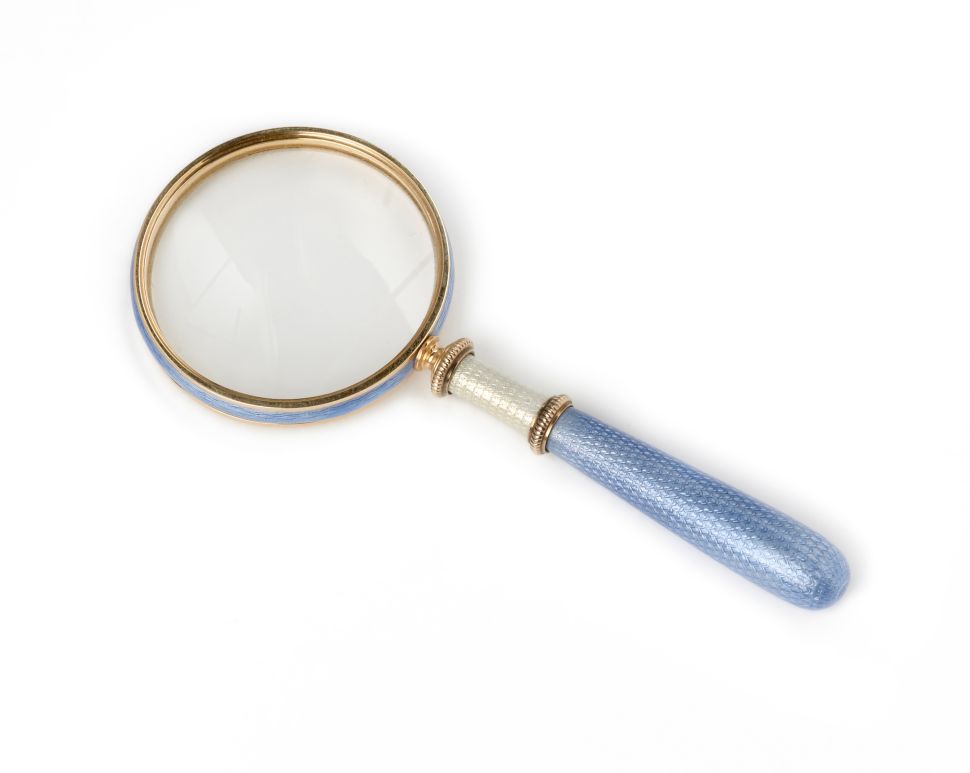