Two years ago, when the late Ileana Sonnabend’s family donated Robert Rauschenberg’s famous artwork Canyon (1959) to the Museum of Modern Art, a condition of the gift was that the museum put on a show about the legendary art dealer, who died in 2007. Curator Ann Temkin has now fulfilled that promise, and the exhibition she has assembled will remind you how audiences experienced new art in the second half of the 20th century—and how sharply this contrasts with art’s reception today.

At the mouth of the exhibit there’s Andy Warhol’s 1973 silkscreen portrait of Sonnabend: respectable, modestly dressed, tasteful. A sign informs, “This exhibition contains imagery that may not be suitable for all viewers. Visitors accompanied by children may wish to exhibit discretion.” It’s a good alert to a fundamental tension Sonnabend embodied: old-world matron showing the newest and most challenging forms of art. Photographs, blown up on the wall, suggest that even in the earliest days of her gallery, in the mid 1960s when it was based in Paris, Sonnabend covered her round frame with buttoned-up blouses, sported a lady’s watch and doyenne’s ’do and let her artists be the radicals.

At her Soho gallery in the 1970s and ’80s, her stable included Jeff Koons, whose “Made in Heaven” show featured graphic photographs and sculptures of sex with his porn star wife. Here, MoMA shows a piece from Koons’ “Banality” exhibition—Sonnabend circa 1988—a polychrome porcelain sculpture of the Pink Panther embracing a voluptuous blond starlet. In 1972, she gave the green light to Vito Acconci’s infamous “Seedbed” show in which the artist masturbated under a slanted plywood stage for 8 hours per day while hurling psycho-sexual innuendo at gallery visitors via speaker system. (MoMA is showing a director’s cut video of Seedbed, replete with actor’s commentary.) 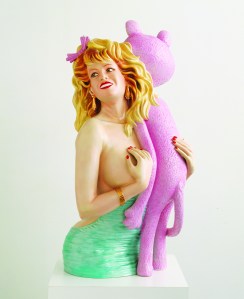 There are classic works by Jasper Johns, Roy Lichtenstein and Rauschenberg. These are artists we associate more with dealer Leo Castelli, Sonnabend’s onetime husband, but of course Sonnabend helped discover these artists for her husband’s gallery, and the two remained business partners and friends for decades after they divorced.

Sonnabend was one of a handful of women—Peggy Guggenheim and Katherine Dreier among them—who defined contemporary art for New York. Artists like Johns and Rauschenberg are her greatest hits, but there are others you may not remember Sonnabend launched, like British performance duo Gilbert and George and German conceptual photographers Bernd and Hilla Becher. New technologies interested Sonnabend. There’s a selection of videos by Castelli-Sonnabend Films and Tapes, a venture that put out works by artists including Bruce Nauman, Joan Jonas and Simone Forti. One of William Wegman’s brilliant pre-Weimaraner video experiments is on view—it features a talking stomach. There’s also an intellectual heavyweight contingent—Robert Morris’ black felt sculptures of 1968-73, Mel Bochner’s wall pieces. Sonnabend had a lifelong devotion to European artists more subtle than their American counterparts. She was a staunch advocate of Italian Arte Povera sculptors and the poetic, nostalgic work of Christian Boltanski.

The MoMA exhibition has little depth, with only one or two pieces by each of about 40 artists. There is scant biographical information about Sonnabend herself, too, perhaps reflecting a museum leery of biography. I found myself asking instead about the audience addressed in the Sonnabend works of 1965-95. A Giovanni Anselmo 1968 sculpture—a granite block tied by a copper wire to a piece of bib lettuce and suspended above a pile of sawdust—had a crowd gathered around it to puzzle over the strange, physical tension it established. The palpable address of the art at Sonnabend was to a socially and physically embodied viewer: intelligent, discerning, interested in the new and, above all, present in the same material and linguistic space as the object in question. To visit this show is to see people in the thrall of this kind of art again. This work didn’t assume its fate was to be a stream of fluorescent-lit images tweeted or Instagrammed, seen only from straight on by disembodied viewers “liking” from home laptops. It was the art of face-to-face encounter.

Seven years after her death, the Chelsea gallery bearing Sonnabend’s name is still open. When I visited this week, on view was a show by Charlemagne Palestine, a performance artist who was in his 20s when he first produced art with Castelli-Sonnabend Tapes and Films in the 1970s and whose work will be included in the Whitney Biennial this spring. His show, called “Bodyy Musicxx,” is great. A series of elegiac single- and double-channel videos builds to a frenzy of 24 monitors playing in the final room. The artist in the videos moves like a shaman or a mechanical monkey playing invisible cymbals, chanting or gibbering among cemetery headstones accompanied by droning noise. The work is transformative. But the emptiness of the gallery haunted me—Sonnabend’s audience, the art viewing public she had conjured and created, has aged or moved online or only goes to art fairs or has found new neighborhoods. Her name is no longer the banner under which people congregate, as they had for almost half a century, to vet and discuss new art. Instead, I found myself alone there. 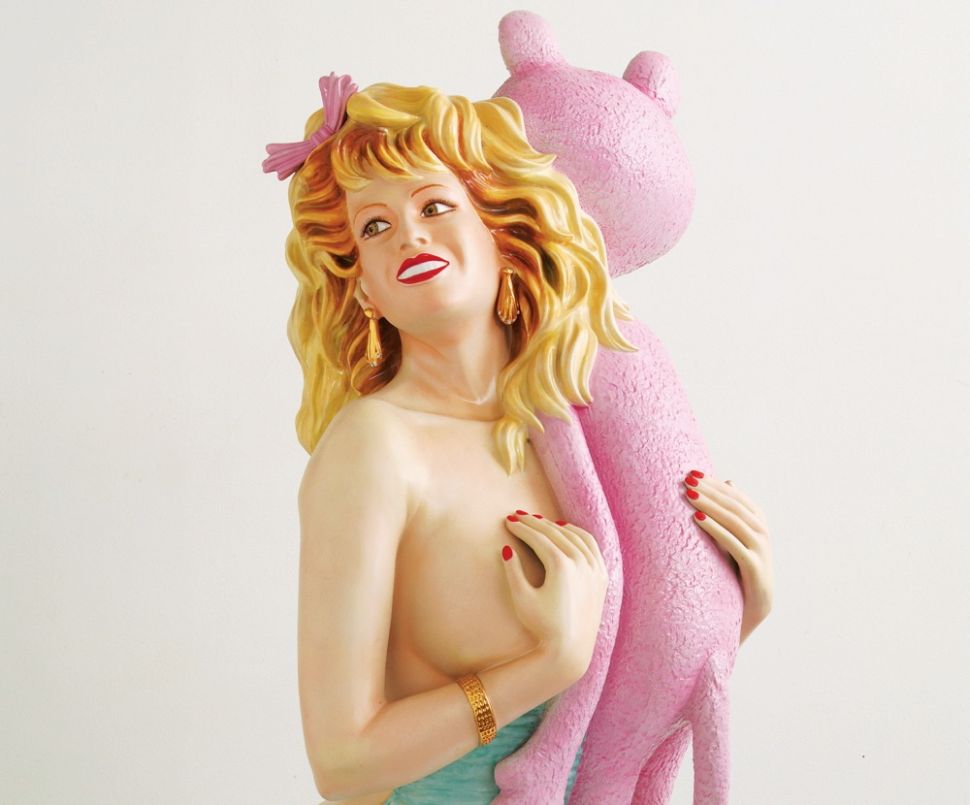