FORT LEE  – Fort Lee is rarely the focal point these days for talk of revolution or even democracy. But in the winter of 2014, some residents of this Bergen County borough looked sceptically at email exchanges between a deputy on Gov. Christie’s senior staff and Port Authority executives and voiced sentiments that were more commonly found in the Continental Army as it retreated from Fort Lee in the winter of 1776. Those emails link the two parties to controversial and disruptive lane closures on the George Washington Bridge several months ago.

Blocks away from the western terminus of the bridge, Fort Lee resident Homer Bonitsis on Wednesday noted, “Democracy doesn’t work that way – it should be fair, open and transparent. That’s what America is about,” Bonitsis, an associate professor at NJIT, said on Fort Lee’s Main Street. “There should be consequences when people get punished for doing what they feel is right.”

The resounding reaction to the GWB lane closure emails bear particular import in Bergen County, seen as the bellwether county in statewide elections and the focus of a 2014 County Executive’s race that will be closely watched.

One critical email exchange occurred on Aug. 13 between Bridget Anne Kelly, Christie’s deputy chief of staff, and David Wildstein, a Port Authority executive appointed by Christie, about three weeks before the September closures of local access lanes on the George Washington Bridge. The closures created traffic chaos in Fort Lee, whose Democratic mayor, Mark Sokolich, failed to endorse Republican Christie in last year’s gubernatorial race. The Christie administration has been accused of exacting political retribution on Sokolich for not backing the governor’s re-election effort. Christie has denied that any retaliation took place.

“Time for some traffic problems in Fort Lee,” Kelly wrote to Wildstein according to reports first published by The Record and to records obtained by PolitickerNJ.com.

“Got it,” replied Wildstein.

Republican sources described Bridget Anne Kelly to PolitickerNJ.com as a Bergen County political expert who had Bill Stepien’s trust when she coordinated the Christie campaign in 2009. Stepien was Christie’s campaign manager in 2009 and 2013 and was recently tapped to lead the New Jersey Republican Party.

Kelly, who served as the president of the Ramsey Republican Club from 2005 to 2011 according to the group’s website, went to the administration because Stepien trusted her based on her work in Bergen, two sources said.

Wildstein, the former editor-in-chief of PolitickerNJ.com who used the name “Wally Edge,” resigned from the Port Authority last month in the face of the growing lane closures debacle.

“Every time she faces criticism, Kathe Donovan’s spokesperson dismisses it as ‘just politics’ instead of addressing the issue directly. I’m sorry Kathe, the lives of Bergen County residents are not politics but your silence says you are willing to put politics over Bergen County’s interests,” said Freeholder Tracy Zur. “Over the past 122 days we have watched the evidence unravel showing how our Governor’s allies bullied elected officials at the expense of the people. What did Kathe Donovan know, when did she know it and why has she remained silent for so long.”

Freeholder Chairman David Ganz referred to Donovan’s service on the Port Authority’s Board of Commissioners, where she served from 1994 to 2002.

Yudin seemed to be still absorbing the recent turn of events on Wednesday.

“So much has come down today that I feel it would be inappropriate at this time to make any comment,” Yudin said. “At this juncture, I don’t want to say anything else.”

County Executive Donovan could not be immediately reached for comment.

Sokolich was the focus of a Sept. 18 email exchange in which Stepien called Fort Lee’s mayor “an idiot.”

“It will be a tough November for this little Serbian,” replied Wildstein in an apparent reference to Sokolich.

Sokolich did not respond to a phone call seeking comment. A visit to the mayor’s office in Fort Lee also proved unsuccessful, with a secretary informing PolitickerNJ.com that Sokolich was “not in the building and would not be back until much later.”

While not visible in Fort Lee, Sokolich did appear on television Wednesday night, telling CNN that Christie needs to apologize to the families impacted by the lane closures.

But down the block at The Cigar Room on Main Street, one denizen of a Fort Lee smoke-clouded room speculated about how what appears to have happened in a different sort of hazy back room could lead to a 2014 political revolution with ramifications for Trenton, and maybe even for America.

“If it’s true, it’s emblematic of what people tend to allege about Gov. Christie – that he seems petty, small-minded and vindictive when things don’t go his way,” said Dr. David Masur, a neurologist who has been commuting over the George Washington Bridge to a Bronx hospital for more than 25 years. “I think that it could create great political problems for him. It could cost him the Presidency.” 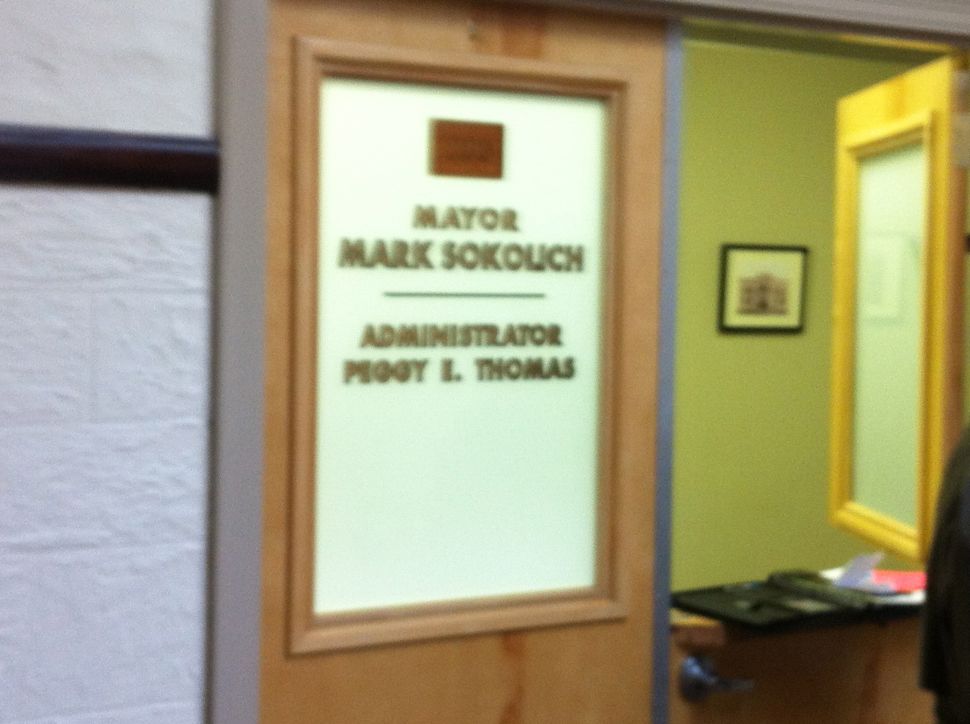