NEWARK – In New Jersey’s largest city, snowstorms lead not just to slush – they are often seen as a political test. In the early 1960s, Mayor Leo Carlin lost re-election in part for incompetence after a blizzard, sunning himself on a Florida beach in a Newark Evening News picture while his city shivered. In recent years, former mayor and now U.S. Sen. Cory Booker could have been accused of technological over-competence, tweeting madly while he told the social media universe whose driveway he was shoveling.

The day after approximately eight inches of snow hit Brick City, Mayor Luis Quintana wasn’t tweeting. Instead, in a city facing a looming budget crisis, he was talking about heating.

“It’s cold in here,” said Roberta Beard, 63, a lifetime Newark resident, on Friday as she showed Quintana around her fourth-floor apartment in an Irvine Turner Boulevard tower block. Beard’s oven was on and open for warmth. “Feel the baseboard. I pay my rent, and this is what I get. The heat is not kicking up. It’s too cold to be like this. A lot of us don’t have no heat in here.”

Municipal officials have estimated that Newark’s 2014 budget deficit could be between $25 million and $35 million, with no immediate solution in sight. Code enforcement officials have responded to three complaints in Beard’s building since October, each time finding authorities at the Grace West Manor apartments in compliance, according to city officials.

But Quintana noted that city services are increasingly stretched thin.

“We have had a shortage of code enforcement inspectors after about 10 to 15 officers were laid off in 2010. This has created a problem where we don’t have the services we want sometimes. I’ve said it to the state and to the Governor’s office: New Jersey’s largest city needs attention. Newark cannot be put to the side,” Quintana told PolitickerNJ.com at a time when relations between Newark and the state have been somewhat strained.

“When the Super Bowl media day comes [to the Prudential Center], it’ll be a great day for Newark. But what do we do for the citizens of Newark?” Quintana added. “We don’t need to tweet. We need a better quality of life.” 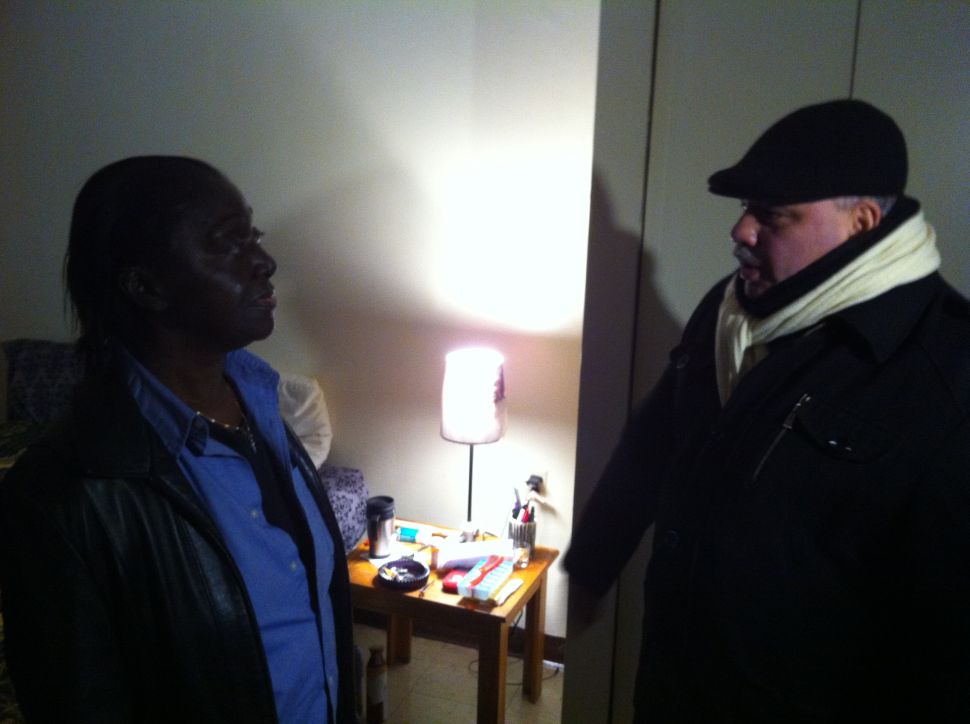