The National Weather Service has issued a Winter Storm Warning for New York City and surrounding areas that will remain in affect until 6 am Wednesday.  With 35 mph wind guests,  temperatures in the teens, and an expected snow accumulation of 8-12 inches, New Yorkers can expect a rough commute.

We were lucky enough to get to work on time, but many others were not so lucky. F and G riders, we feel you.

Still, if there’s one thing we can count on, is that whatever the weather, an army of iPhone photographers will be braving the elements to remind us of how glad we are to be inside. Hot chocolate anyone?

Preparing for visitors this morning at the #911Memorial. #NYC #Snow pic.twitter.com/BEsrjWcxdG

Leaving NYC, on the train to Cape Cod! The Cape could end up with more than a foot of snow out of this! pic.twitter.com/XVlfOvjPj5

It sure is cold out there today. A snow day in #NYC pic.twitter.com/JTy3NdUqT4 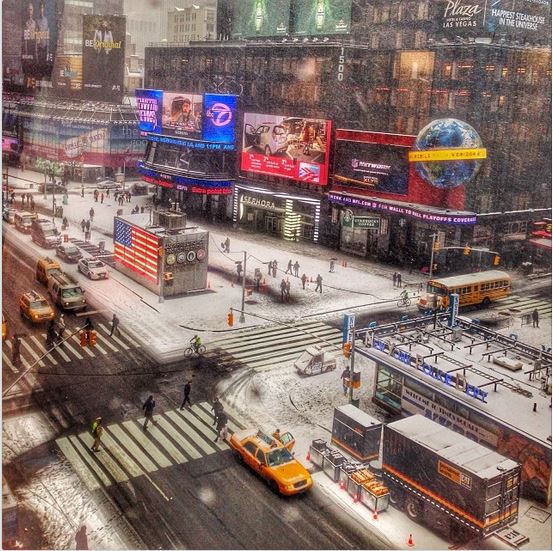