EAST ORANGE – Chris James assumed the oath of office this afternoon as a councilman representing the 1st Ward of East Orange.

He personally thanked Oliver as his mentor while the departing speaker looked on from the front row of the packed auditorium.

“Thank you for just being here,” James told the speaker.

The younger Payne, now serving as the Congressman, recognized James from the latter’s days as a hardworking ally of his father’s.

James ran successfully on a slate with Mayor Lester Taylor, who today also assumed the oath of office. 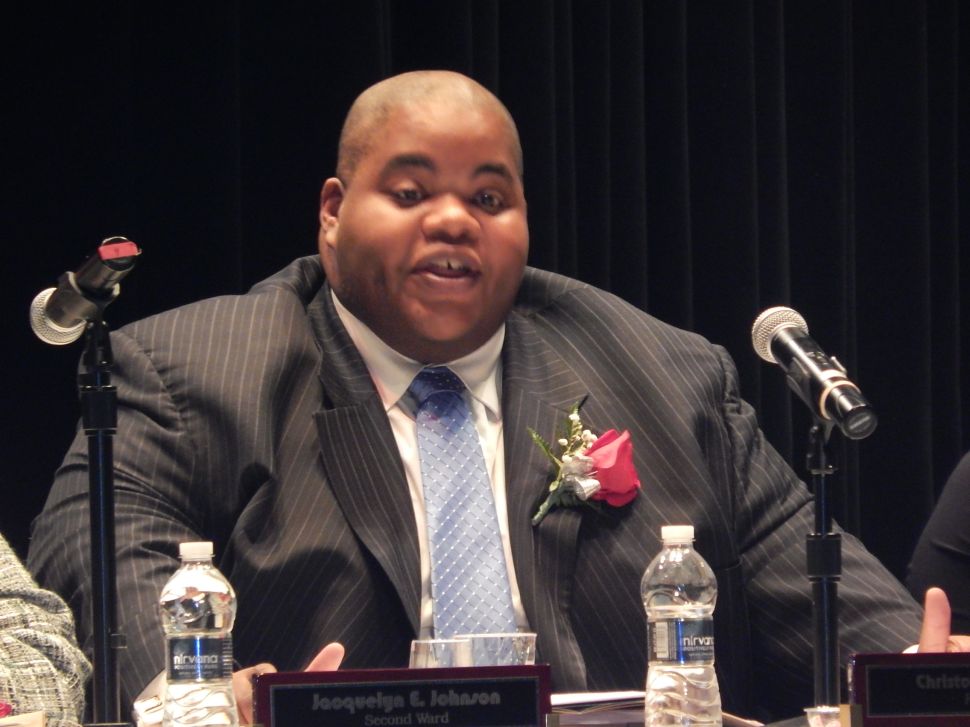