Did someone order a reunion?

Members of the Seinfeld cast were caught filming inside Tom’s Restaurant on the Upper West Side Monday afternoon.

None other than Jerry Seinfeld, Jason Alexander and even writer Larry David were seen inside the fabled Monk’s Café. Witnesses freaked out, capturing the crew on Twitter as the trio talked with the shades drawn.

Some fans were hoping that the sighting meant that it was “go time!” for a reunion or spin-off show, but this seems unlikely.

TMZ reported that the trio was there to film a new episode of Jerry Seinfeld’s web series Comedians in Cars Getting Coffee, guest starring Jason Alexander. Hopefully this is a real gig for George Costanza, unlike his jobs as an architect and marine biologist.

But while one camera crew-member told TMZ that the Seinfeld crew was there filming for the web series, another said they were there to film a Super Bowl commercial.

The crew’s mystery project remains unknown, but hopefully we’ll be seeing more of the cast around the city. (Where were Elaine and Kramer?!)

But until then, we’ll have to survive off re-runs and Seinfeld2000.

What if Jery in GIRLS JERY:See theres good naked and bad naked LENA DUNAM CHARACTER: WTF who are you and how did you get into my apertment 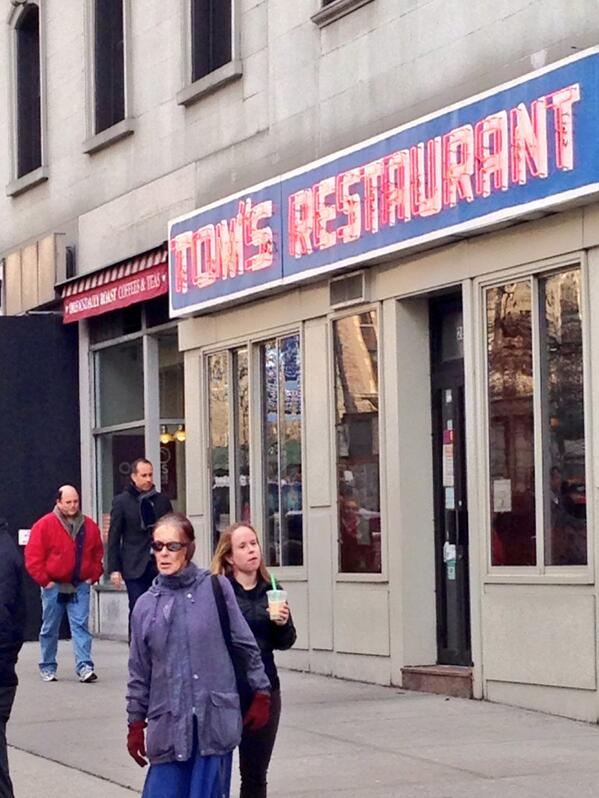