Clearly just a drawing of a guy in a highly specific type of glasses! (via coinyewest.com)

Hate to say we told you so! A mere five days after we first reported on the Kanye West-inspired cryptocurrency, Mr. West’s lawyers have sent Coinye West’s creators a cease and desist letter.

And why wouldn’t they? Coinye West, which doesn’t launch until Jan. 11, uses the rapper’s likeness and a play on his name as its main means of promotion. The creators must have seen it coming, as they chose to stay anonymous in all press coverage.

They’ve taken the “West” out of the name, The Daily Dot reports, but they still aren’t giving up. They changed their URL to an Indian one, coinyeco.in, in hopes of skirting the law, and they’re still going for a Jan. 11 launch.

Mr. West’s lawyer, Brad Rose (who we’d imagine is not related to Amber), threatened to “pursue all legal remedies against any business that accepts the purported COINYE WEST currency,” the Dot says.

So just keep all these things in mind when you’re looking for a made up currency to throw cash at. Shockingly, dogecoin might come out of this looking stronger than the euro. 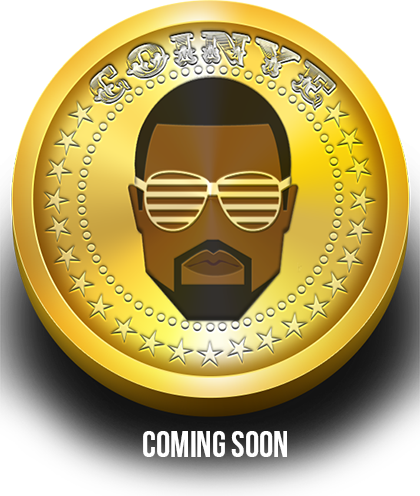