In a nod to her background as a student and teacher of public policy, Garretson assumed the oath of office at Kean University’s Hillside campus.

Her sister swore her into office while her mother held the Bible.

Garretson defeated incumbent Joe Menza to become the new mayor. A Democrat, she relied in part on the political alliance of U.S. Rep. Donald Payne (D-10), who backed her from the start, and tonight could happily claim victory.

After his late father lost several key local contests, the younger Payne has re-established political dominance in the 10th District.

He was Garretson’s earliest powerful ally in a hard contest.

“I told her one day you’re going to be mayor of Hillside,” Payne said of his longtime friend, referring to a conversation they had years ago.

The mayor does not have control of the local council, and her local independent streak put her on a collision course with Hillside Democratic Chair Charlotte DeFilippo.

Union Dems appear to have embraced Garretson despite the local boss’s resistance to the new mayor.

She welcomed some of the more bashful politicians onstage to sit in front of the overflow crowd with a very satisfied Payne.

“She can be very complex,” Perkins-Auguste said of her friend, Garretson, “and she can just be sweet. That’s who you elected.”

State Sen. Ray Lesniak (D-20) did not attend the swearing-in ceremony but delivered a video message of support.

Cryan was the first to welcome the entire room to join in resounding applause for the new mayor.

“That smile can light up Hillside for the next four years,” the assemblyman said. 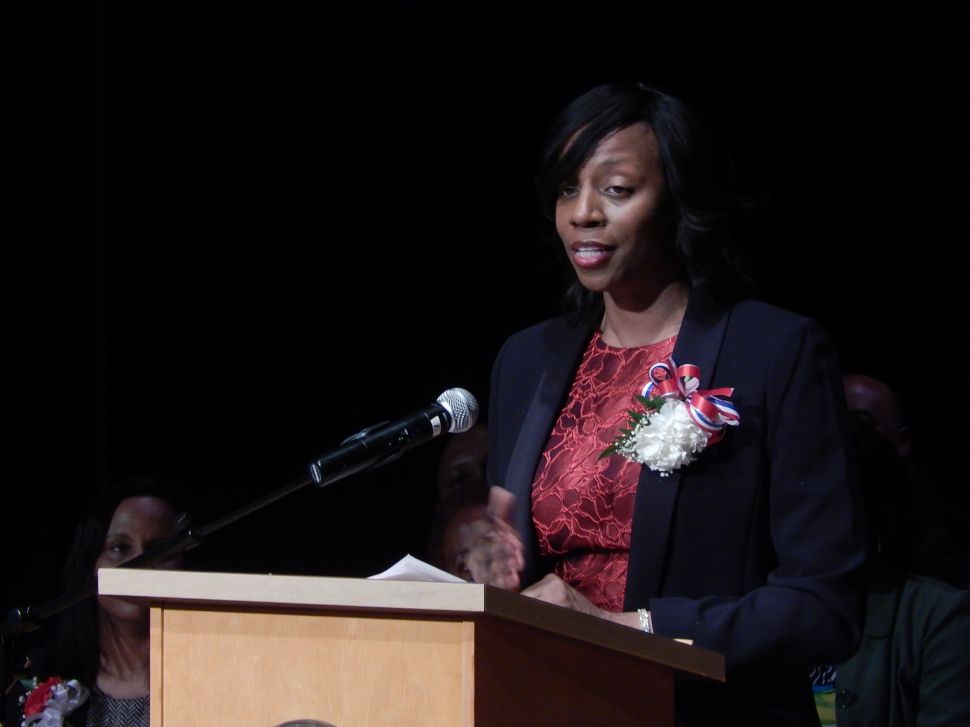