The Irish actor has weighed in on the never-ending horse-drawn carriage debate.

The Post‘s Andrea Peyser spoke with Mr. Neeson about the buggies, and Mayor Bill de Blasio’s promise to rid Central Park of them once and for all.

“They’ll die, you know, darlin,’” he told Ms. Peyser. “The horses are incredibly well-treated. They’re regulated up the wazoo. They get five weeks’ holiday every year.”

Critics of the carriages have hotly contested that claim, saying that the city’s noisy, polluted thoroughfares are no place for an animal. The only humane thing to do, they say, is ban the carriages — an opinion Mr. de Blasio shares.

“We are going to quickly and aggressively move to make horse carriages no longer part of the landscape in New York City,” Mr. de Blasio said days before his inauguration. “They are not humane, it’s over.”

Mr. Neeson claims to be friends with many carriage drivers and has even visited the stables they call home. He thinks the decision is more about real estate than animal safety.

Still, we’re glad Mr. Neeson’s preferred recourse is to write a letter. We know what happens when he gets Taken by a cause. 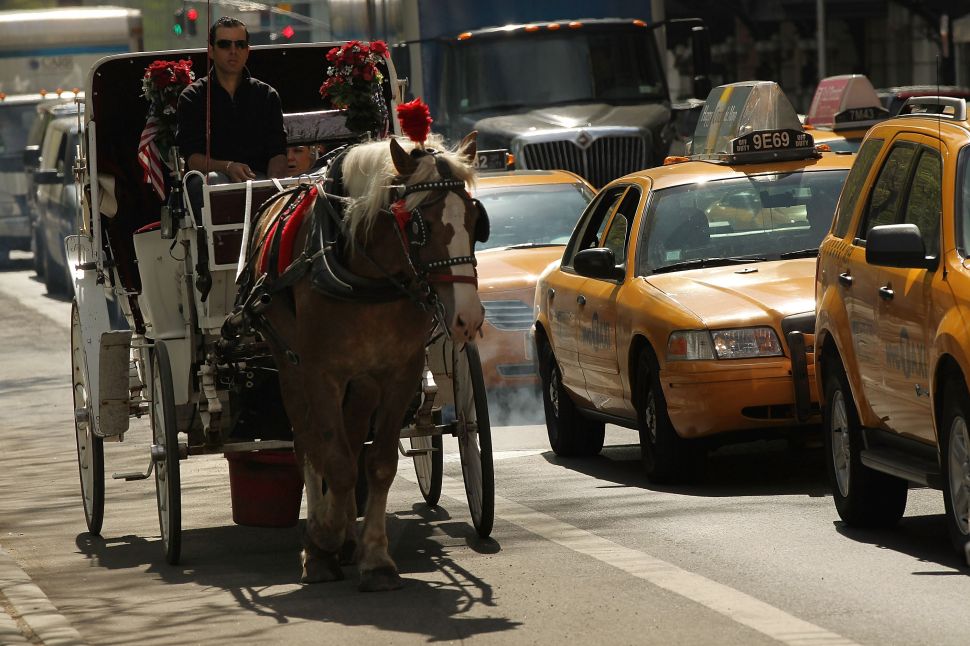