In addition to releasing a preview video for her new single “Jenny From the Block Part 2: Electric Boogaloo,” Jennifer Lopez is dealing with a lawsuit this week from the only person in the United States who is unfamiliar with the concept of catfishing.

Rodrigo Ruiz filed a $10,000 suit against Ms. Lopez in L.A. “claiming she sent him a letter out of the blue in 2008, demanding he reply with naked photos,” TMZ reports. Don’t you just hate when that happens! Like give it a rest, Ryan Gosling, my front‐facing camera is broken.

The letters were coming from a P.O. Box in L.A., owned and operated by a 53‐year‐old woman (is it Yolanda?!?!) who told TMZ over the phone that she’s merely “operating a Jennifer Lopez fan mail exchange.” She then hung up on their reporter. Sounds legit.

The letters got pretty graphic. TMZ was kind enough to print a few excerpts:

… the first reads, “I just wanted to let you know that I do remember you and that I am interested in you. I have plans on leaving my husband. But I can’t say much right now so that’s it for now. Send me pictures of you both with clothes and without clothes.”

The third is the best — “This is Jennifer Lopez and as you can tell its been a while since I last wrote and as you can see I have a new boyfriend which means your in for the long haul and you have to put up with the fact that I am f**king him and sucking his d**k.”

These are clearly fabricated. Our J.Lo would never use the wrong form of you’re.

Of course, it’s possible the letters are legit and Mr. Ruiz is being blackmailed by Jennifer Lopez after all. It’s even more possible that he and the owner of the P.O. Box are in cahoots and they think they’ll succeed in extorting $10,000 from everyone’s favorite triple threat.

Most possible of all, though, is the idea that J.Lo at this point is just Nev and Max standing on each other’s shoulders inside a giant pop star costume, and this is all a clever ruse that will result in the best Catfish season premiere ever. 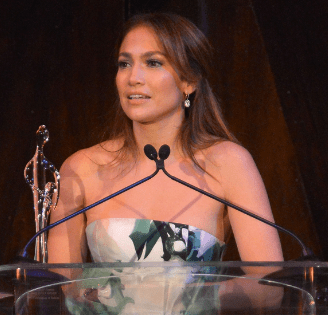