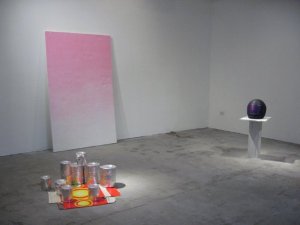 Dealers Irena Popiashvili and Marisa Newman, who ran an eponymous gallery located on West 22nd Street in Chelsea, have parted ways to embark on independent ventures. The pair closed the gallery, which represented a roster of artists including Michel Auder and Basim Magdy, last August when their lease came to an end. “I decided to reconsider how a gallery could function and I was excited to explore the idea of working with artists without a permanent space/location,” wrote Ms. Newman in an email to Gallerist.

The gallery, slightly below street level and lacking flood insurance, was hard hit by Hurricane Sandy in 2012, which destroyed both art and computers. In the aftermath of the storm, Ms. Newman told Gallerist that while her landlord had assured her that the space would be ready to reopen by the end of the year, she wasn’t sure she wanted to return. “He looked at my face and knows part of me just doesn’t want to be back where all the tragedy occurred,” she said at the time. Ultimately, Ms. Newman wrote that she was “extraordinarily proud” of her ability to relocate within a week and weather the rest of the year.

The gallery began in December 2001 as Suite 106, an unconventional project space located within the Milburn Hotel on West 76th Street. Visitors could absorb the art from the comfort of the plush bed or sofa, and even order room service. Ms. Popiashvili and Ms. Newman moved the space to Mercer Street in Soho, before eventually migrating to Chelsea and rebranding as Newman Popiashvili Gallery in October of 2005.

Ms. Newman is currently staging exhibitions and appearing in art fairs abroad. This past fall, she presented work by Meg Cranston in Berlin and she plans on bringing work by Chris Fennell and Mr. Magdy to Art Dubai in March. Ms. Popiashvili will also be at that Middle Eastern expo, where her current exhibition space, Popiashvili Gvaberidze Window Project, based in Tbilisi, Georgia, will be featured in the region-specific Marker section of the fair. In addition to running that project, Ms. Popiashvili is also acting as a consultant at the Free University in Tbilisi.