The Upper West Side’s Mexican Festival Restaurant celebrated Three Kings Day last night, but there was only one person in the room treated like royalty: Councilwoman and speaker candidate Melissa Mark-Viverito.

Just a day and a half before the race for City Council speaker is decided, Ms. Mark-Viverito, the front-runner in the contest, was lavished with praise from citywide officials and some of her colleagues who will cast a vote.

The event also gave Ms. Mark-Viverito an opportunity to express continued bitterness over a 2012 redistricting fight, when she blamed the former council speaker, Christine Quinn, for shifting her bi-borough district further into the Bronx.

“In two days, my sister, my friend, my buddy, my roommate on many occasions is going to be the speaker of the City Council,” said Ms. James, a former council colleague of Ms. Mark-Viverito. “Melissa is a woman with a very strong constitution, a woman with strong convictions, a very proud Latina. A woman who takes serious her politics and her issues about empowering her community in the City of New York and women and children in particular.”

“I think that Melissa is going to win this race and it’s time, I think, to start making sure we have a strong speaker to address the issues that face this city, the economic challenges, the budget challenges,” Mr. Stringer  told Politicker. “I have great respect for Melissa and have tremendous respect for Dan Garodnick.”

An event organizer initially promised Mayor Bill de Blasio, an ardent behind-the-scenes backer of Ms. Mark-Viverito, was going to appear at the event, but later said Mr. de Blasio would not be coming for unexplained reasons. The mayor’s involvement in the race has angered several of Mr. Garodnick’s supporters, and the council, with a day to go until the speaker’s vote, remains bitterly divided. But Ms. Mark-Viverito argued the disunity wouldn’t last.

“We will be a unified body. I’m going to be unifying force,” she told Politicker. “There’s no time to hold onto any bitterness or anger. So we move forward as my interest is to work with all my colleagues and that’s the message I give to them.”

Ms. Mark-Viverito also received a community award from Casa Puebla, a Mexican-American advocacy group, and the restaurant announced that a taco (extra spicy) would be named in her honor. 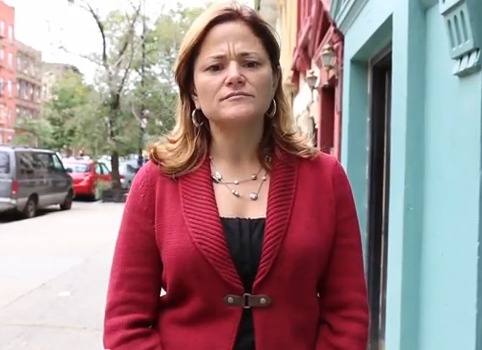