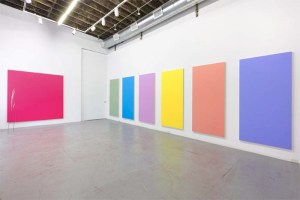 “It was a conversation we started in the summer,” said Martos Gallery director Taylor Trabulus. “We didn’t really know what we wanted to do, we just knew we wanted to do something together. I think Henry Codax was the perfect answer to that.” Michael Thibault was interested in organizing a show involving minimalist art, according to Ms. Trabulus, and the mysterious monochrome painter had never shown on the West Coast.

The exhibition opens on Jan. 24, just before the Art Los Angeles Contemporary fair kicks off in Santa Monica on Jan. 30. There, Martos Gallery will present paintings by the late Dan Asher, whose estate it recently came to represent.