Mayor Bill de Blasio and Council Speaker Melissa Mark-Viverito both strode into office this month vowing a new era of collaboration and transparency, but the tactics surrounding their first legislative effort have some council members privately scoffing.

The pair is set to announce a deal this afternoon to dramatically expand mandatory paid sick leave—one of Mr. de Blasio’s key campaign promises. But many council members, including even members of Ms. Mark-Viverito’s Progressive Caucus, were not consulted on the deal or even made aware of its existence until late last night, when they began receiving calls inviting them to a 1 p.m. press conference in Bushwick to announce it.

“Very few council members were consulted or even in the loop on this deal,” said one source familiar with the deal, who said the “top-down approach” had rubbed many the wrong way.

“Is this what it looks like when the mayor runs the City Council? The press hearing about the legislative agenda before members?” asked another source close to the council.

Indeed, some members didn’t find out that a deal was in place or a press conference planned until press reports began emerging after 9:30 p.m. And privately, some council members, particularly moderates who did not outwardly embrace the city’s recent leftward shift, griped that they had not been consulted.
“It’s just like an extension of Quinn and Bloomberg,” said one council member, referring to how former Mayor Michael Bloomberg and former Speaker Christine Quinn often used to hash out bills together and only later work to compel other council members to support them.
One council source noted that the version of the bill that Mr. de Blasio and Ms. Mark-Viverito seemed poised to revive had a sizable number of detractors in the council when it was first introduced. A watered-down version of the bill that applies to far fewer companies eventually passed and is set to take effect in April.
“It’s not a good sign,” the source said last night. “Especially for a bill like this that took so long and so many members had various issues with. Members are upset.”

“You can’t have members learning about a deal on Twitter at 10 p.m. on a Thursday,” the person added.

In her victory speech, Ms. Mark-Viverito told members that she planned a more inclusive, transparent approach. “Over the past few months, I’ve laid out for all of you my vision for a speakership that is open, inclusive and transparent, a leadership style that allows all voices to be at the table, helping to shape the direction we take as a legislative body,” she’d said then.

Nevertheless, others who were kept out of the loop said they were surprised by the speed and secrecy of the deal but didn’t seem to mind.

“It was a part of the mayor’s agenda. It’s not surprising,” said one such member, who noted that the bill must still go through the standard legislative process. “They’ll be hearings, and they’ll vote on it.”

Ms. Mark-Viverito’s spokesman and the mayor’s office did not immediately respond to requests for comment. 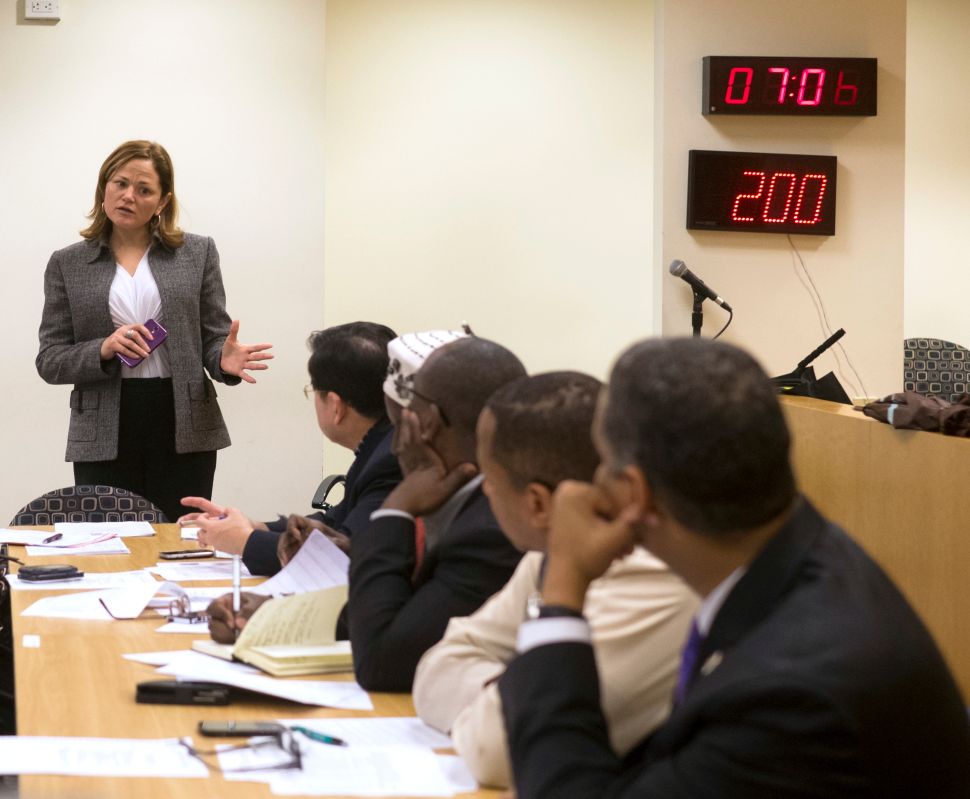