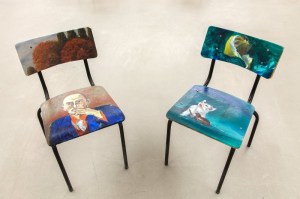 Now that it’s 2014 France is ramping up its restitution efforts. [NYT]

The National Art Museum of Ukraine has asked the warring Russian government supporters and protestors in Kiev to avoid burning it down. [The Art Newspaper]