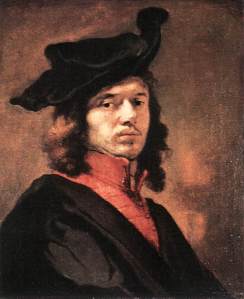 Here’s the full story of the stolen Renoir recently purchased at a flea market for $7, which a federal court just ruled must be returned to the Baltimore Museum of Art. [The Art Newspaper]

“Michelangelo’s Sketch for the Sistine Chapel May Be Found.” [WSJ]

The lawsuit agains Christopher Wool and his gallery Luhring Augustine is moving ahead. [The Art Newspaper]

Here are ten highlights from the London Art Fair, which opens to the public on Jan. 15. [Telegraph]

Frederic C. Hamilton has given 22 Impressionist works to the Denver Art Museum, a gift that “has forever changed the museum’s ability to deliver world-class exhibitions and programs,” according to the museum’s director. [NYT]

Madeline Arakawa Gins, the painter, poet and visionary architect who designed buildings with her husband, the late artist Arakawa, that aimed to allow their residents to live forever, has died at the age of 72. [NYT]

Donna Tartt’s novel The Goldfinch has been sending droves to the Frick to see its namesake, Carel Fabritius’ The Goldfinch (1654), which is on loan to the museum from The Hague’s Mauritshuis through Sunday. [The Art Newspaper]

Southampton Center, a new institution at the site of the old Parrish Art Museum, has hired Michele Thompson as its director. [NYT]